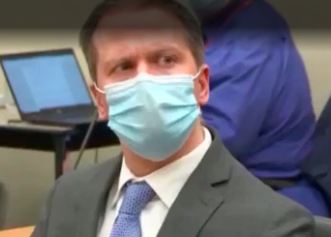 While the jury found Derek Chauvin guilty on all charges, he faces a maximum of 75 years in prison but what he would face is probably the hardest time of all. Why? Being a cop, he will be a target in prison and highly likely to be killed. Thus, they will probably keep him in special housing – protective custody. He will probably wish he got the death sentence for death will be a far easier way to do your time.

Most people would have said guilty even if this were not a politically charged case. But the real problem is all the political comments such as Maxime Waters. With politicians commenting before the verdict and even Biden saying he hoped the jury would make the right decision, there is no way he actually had a fair trial under the law and that can keep the case alive for probably the next decade. In the real world, he would be entitled to a new trial. But this is such a national case, it is hard to expect judges to actually rule according to the law. They would run the personal risk of people claiming they are protecting a racist.

This of course has nothing to do with his actual guilt or innocence. It would have been such a simple matter for politicians to just refuse to comment before the verdict. Most politicians reacted AFTER the verdict which is the way it should have been. That would have killed any appeal concerning the denial of a fair trial. Often, in a high-profile case, the trial might be moved to another court outside the area. But this is a national case so that stands little hope of finding an area that would be unfamiliar.

While in any other case, a defendant would probably win a mistrial motion. But in this case, it is hard to see how a judge would rule in Chauvin’s favor for a new trial without risking their own lives and that of their family. It is not a question of being innocent. It is just a question when politicians do not understand they have to keep their mouths shut and let the jury decide the case – that is what the Constitution is all about.  While there will be appeals, I doubt he will win a new trial.

As one reader just commented:

After listening to Biden talk about George Floyd and lauding the photographer who filmed the event. I wonder what would have happened if instead of filming the photographer had tried to disrupt/stop chauvin. Biden seemed pleased that there was a video record rather than a saving of Floyd’s life.
MW
Categories: Rule of Law