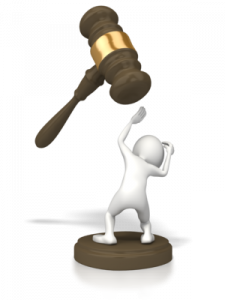 Well it came out that Bernie Sanders wants to take the fossil fuel companies to CRIMINAL COURT.  I find this really interesting. First, much of the land is owned by the federal government which has leased land for oil drilling including offshore. So does that mean the politicians who agreed to do that are co-conspirators and should go to prison? What about all the people who drive cars? So we are to eliminate all fossil fuels so why is he flying around in private jets for his campaign? Is he conspiring with these same companies to provide fuel for his campaign? What about the heating oil to keep him warn during this deep freeze?

There is something in the Constitution that would prohibit him from doing anything that he has to say. It is called the Ex Post Factor Clause. So you cannot write a law and now criminally punishing oil companies for something in the past. The Ex Post Factor Clause was included because this was one of the tyrannies of the king. You could cross the street and then the king passed a law that it was illegal for you to cross that street and then prosecute you for something you did before the law was created.

Bernie has just demonstrated that he is unfit for office for I have NEVER heard of any candidate, Democrat or Republican, who has ever proposed such tyranny. That is a complete denial of Due Process of Law and it fits with Bernie’s admiration for Communism he has always clung to his whole life.