A Matter of Free Speech & Tyranny of Facebook Etc. 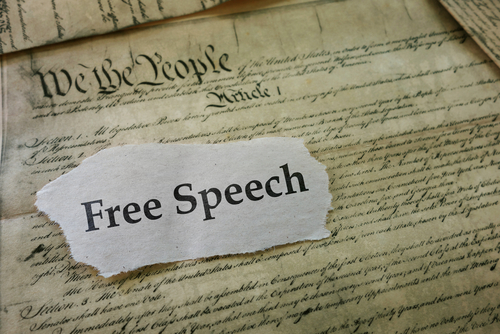 COMMENT: I live in Wisconsin. There has been an anti-mask group on Facebook that has been a good resource for posting and messaging about mask mandates etc etc etc. Overnite, Facebook deleted the entire Group, which had at last count over 50,000 active members. I suspect for political reasons. There was nothing on there that was objectionable at all. Mainly business owners and individuals standing up for there rights. Just DELETED THE ENTIRE GROUP OVERNITE. I attempted to contact the White House on there link to share Social Media Censorship but its no longer taking new cases. This is the worst censorship I ve ever seen in my life, that I m aware of. Blatant political move. Gotta shut down this company for these types of abuses.

REPLY: I believe it is wrong to allow private censorship. There was a recent case,  MANHATTAN COMMUNITY ACCESS CORP. ET AL. v. HALLECK ET AL, where the Supreme Court has ruled that a nonprofit running public access channel wasn’t bound by governmental constraints on speech. The First Amendment expressly states that “Congress shall make no law” that would prohibit free speech. This has been viewed as not applying to non-government entities.

In a court decision that was a split 5–4 ruling, concerned a Manhattan-based nonprofit tasked by New York City with operating public access channels in the area. The organization disciplined two producers after a film led to complaints, which the producers argued was a violation of their First Amendment speech rights. The case turned on whether the nonprofit was a “state actor” running a platform governed by First Amendment constraints.

In a decision was written by Justice Brett Kavanaugh, which ruled that the First Amendment constraints didn’t apply to the nonprofit, which they considered a private entity. Providing a forum for the speech wasn’t enough to become a government actor, the justices ruled. This has emboldened the social media platforms to restrict political speech to whatever they ascribe to. The government cannot act in that manner.

Social Media was never discussed in this decision. The idea that the decision could be used to penalize social media companies was raised by groups like the Electronic Frontier Foundation. The groups argued that too broad of a decision could prevent other private entities like YouTube and Twitter from managing their platforms by imposing new constraints on them. The Internet Association, a trade group, said last year that such a decision could mean the internet “will become less attractive, less safe and less welcoming to the average user.”

Nevertheless, this decision appears to make those concerns vanish. The conduct of these organizations and Social Media is now suppressing public comment. Nothing in the First Amendment allows private people or companies to suppress public opinion and put out propaganda.

The dissent, written by Justice Sotomayor, viewed correctly that “This is a case about an organization appointed by the government to administer a constitutional public forum. (It is not, as the Court suggests, about a private property owner that simply opened up its property to others.) New York City (the City) secured a property interest in public access television channels when it granted a cable franchise to a cable company.”

The granting of any license is the surrender of constitutional rights. Registering with the SEC means you waive your 4th Amendment Rights and they can come to search your office without a warrant. Congress can easily propose a law that expressly prohibits censorship and the Supreme Court would uphold that. This case turned on whether it was a government actor, but it was non-profit. There is plenty of room here to tackle a very important issue of free speech.