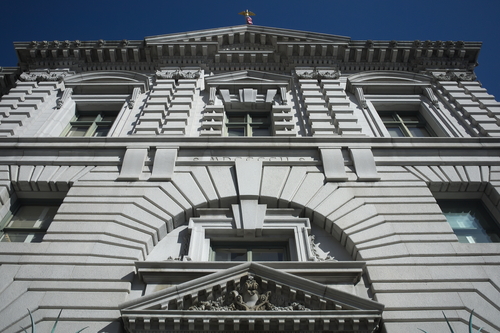 The U.S. 9th Circuit Court of Appeals has ruled to continue blocking enforcement of President Trump ’s travel ban. They did NOT strike it down. This is a procedural order granting a STAY until all the ramifications are decided. The unanimous decision of the Court of Appeals simply means that a stay preventing a ban on immigration from seven predominantly Muslim countries remains in place TEMPORARILY!

The court has NO POWER to strike down this order. All they are considering impacts people with current visas like students or people with work visas. Trump should simply concede that such people can remain and at best have their papers reviewed. Chances are they have already been check out.

The media is turning this into a decision that means Trump is wrong and the order is illegal in total. That is absolutely absurd. Those people caught in the middle of this are entitled to a stay IF Trump tries to throw them out without review. That is wrong under the law. They are entitled to a hearing. So my suggestion is to exempt everyone with a valid visa, conduct a secondary review if necessary, and call it a day. The 120 day temporary ban will be eaten up in court time anyway.

The president, regardless of who he might be, can ban people traveling from a country as was the case with Cuba. This is fully within the scope of his power and it amounts to more evidence of the mainstream media trying to undermine the Trump Administration. I have never seen such disruption in my life no less outright fraud in reporting. Hillary got less than Obama of the popular vote yet the media and Democrats are determined to bring down the Trump Administration at all costs. And we wondered why out computer was projecting the greatest rally in American history with respect to civil unrest that will exceed even the Civil War. Thank you CNN for leading the charge to destroy the United States. Life was getting boring without discord.