Ronald Reagan was 70 years old when he became President. That made him the oldest until Biden. What is most interesting is how age was a question he was often asked when running for president. Oh, how times have changed! The two heads of state I ever met who were both genuine and intelligent with a sense of humor were Ronald Reagan and Margaret Thatcher. Perhaps it was a different era with different quality people running for office. I suspect that with time, the treatment we have witnessed in Supreme Court appointments with the hostile accusations from religion to sexual harassment, have a very negative effect insofar as nobody is perfect and having things dragged up from high school is uncalled for and will prevent qualified people from stepping in to help in our time of need. 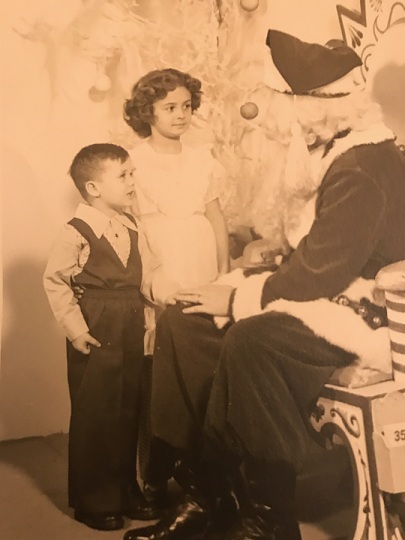 My cousin found this photo of me when I obviously believed in Santa Claus. I grew up and realized I was lied to and I had to fend for myself in life. Others seem to think the government is there to take care of them. I guess they still believe. Hence, we should never be judged by what we may have believed in our youth. Grilling people on what they said or did in high school only deters people who would be qualified from taking any office.

« The Two Worst States Are Running the Country?
Archie Bunker on Politics »