Will Trump Succeed? No! 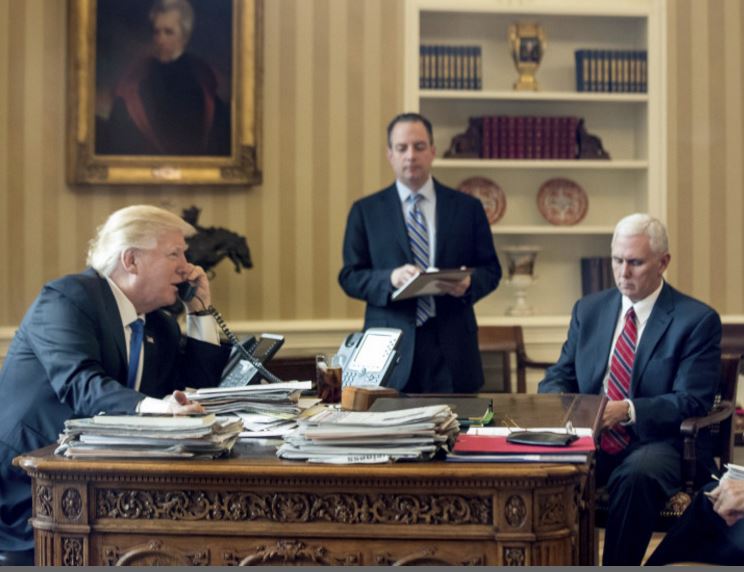 QUESTION: Do you think Trump is really a racist? I do not quite understand this. It seems like this has been manufactured simply because of his travel ban. Can you shed some light on this? Do you think Trump will really make a difference?

ANSWER: There is no evidence that Trump is a racist. This is hype to cloud the real agenda and that is to stop any reform in Washington. As far as Trump succeeding, I remain skeptical. Everyone is really against him on Capitol Hill. That includes Republicans. There is no difference between Republicans and Democrats for they both love to spend other people’s money.

This is really the left trying to sustain the status quo. Democrats talk a good game how they are for the poor, but then sell tax loopholes to special interests in return for financing their campaigns. Why would the bankers and hedge funds back Democrats if they were really against them?

The truth is nothing like the press and politicians try to project. We can see the trend toward this popular uprising because everyone knows something is wrong. I do not see the racism being alleged and Muslim is not a race anyhow. I have friends and staff who are Muslim and my staff work in Europe and come into the USA for meetings with no problem. If they were not allowed in because of their faith, I would be screaming loud myself. We have every race among our staff and female as well as male staff. So I have a vested interest in making sure there is no discrimination that would disrupt our staff or curtail business in any way.

The real issue is economics. I believe the election of Trump was a reflection of the uprising among the people and Trump happened to be at the right place at the right time. Do I support him personally? No. I am not naive nor a fool. I wish him well, but I doubt that his agenda will work for he lacks international trading and creating jobs in America with tariffs is not the answer. That will force the consumer to pay more – that is subsidizing manufacture and that goes against free trade where every country should pursue its comparative advantage (see David Ricardo).

Secondly, based upon my sources, I seriously doubt that Trump has the votes to get his Tax Agenda through. Plus we have the debt ceiling about to explode and that will hurt the dollar short-term defeating ultimately Trump for the press will turn this around and blame 50 years of spending on him.

What I do support is the people. They elected Trump because they want a change. This is the anti-establishment movement that is growing globally. This is what will bring the whole system crashing down. This is separate and distinct from Trump. So I am not a fool. Trump cannot reverse the inevitable. It would be nice to think he could, but he will fail, not for lack of trying, but because the system is the system. Yes I support that he was elected compared to Hillary. I also support that he has caused a lot of anxiety on Capitol Hill and has all the politicians talking about the rise in “populism” putting them on notice that everything is not just fine.