Will Governments ever Listen Before there is Blood in the Streets? 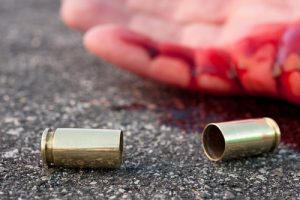 COMMENT: Thank you for ‘Why Private Blogs’. You should get goose bumps once in a while about your work~,
the project is massive in scale, certainly worthy of my respect and everyone else in readerville and your employ as well. This piece is well written and also lays out a good mission statement reminder to all. So, feel free Martin to frame it, re post it once a year, and continue to knick knack patty whack away at the world and toss us bones …. it is a worthy and respected endeavor that is already making the world a better place, especially for those to come rolling home here in the future!!! Stay fired up my friend I have not yet met……. for BETTER DAYS ARE COMING.

REPLY: I do believe people tend to think this is just about forecasting the ups and downs in markets.  I have probably met with more central banks and governments than anyone over the years. I was called in by China during the 1997 Asian Currency Crisis and the Commission forming the Euro. I was called in at the formation of the G5 and by the Brady Commission for the 1987 Crash. All of these things and many more ONLY took place NOT because my opinion is worth something someone else does not have.

All of this has been because we forecast absolutely every country in the world and people even at the upper levels understand what we are doing and this is about demonstrating that absolutely EVERYTHING is connected on a global scale.

I see war as absolutely pointless for the days of empire building are long gone. War is now more like two drunks in a bar fighting because one said something or looked at the other in an intimidating way. This nation-building nonsense is just that – NONSENSE! We pretend that Democracy is so great, yet we really live in Republics that are prone to massive corruption until they inevitably collapse as did Rome. When Caesar crossed the Rubicon, the people cheered and the Senate all fled to Asia. If they had the support of the people, they would have never fled.

It pains me deeply that our systems are so corrupt. I will never believe that Jeffrey Epstein committed suicide. He had so many bargaining chips on people he would never be allowed to testify. This touched people like Bill Clinton, no surprise, Al Gore to Buckingham Palace. Maybe the prosecutor had no idea and when he started this the weight of the political world came crashing down.

The system will self-correct as did Rome. Who will be our Caesar today who knows? But it will come. That is why I say my concern is not Trump, it is who comes after Trump. All I can do is show there is a better way to manage things and we are all connected in this mess. I know the game. They will not listen until there is blood on the streets. Then and only then will they listen out of fear it might be their turn next.

« Hillary & the Conspiracy of Relentless Suicides
Kamala Harris – Medicare for All »