I hope that you are well and that you get the chance to read what I have written below.

Firstly, I’m a conservative at heart and agree with most of what you say and your work. However, I felt compelled to give you a genuine opinion of what people really think about Trump and why so many people, even conservatives like me, dislike him.  In the beginning, i though that Trump would be good for the US, I’m aligned with most of his ideas, he is positive, confident and appeared to be a good leader who wants the best for his country.

However, you have got to see it from the other side.  He hasn’t drained the swamp, just filled it with people who also reside in the same swamp, from goldman Sachs advisors to his own family. His main issue is that he likes the sound of his own voice too much, he voices his own opinions too much, he’s egotistical, too flippant and needs to get off twitter. No president should be tweeting every opinion they have.  He has a distinct inability to convey ideas and information factually, he comes across as a liar, he hates losing and he lacks humility.  He reminds me of a school child that was bullied and then did good, and now he wants to tell every one about his great he is.

He is a show off and thinks he always knows best.  A president needs to show humility, and understand human nature and how to give the people the right information and show that he cares.  All the mean while, he should be working in the background, without twitter to get his ideas through government. He really does come across as a know it all, like he is the best and a bit of a joke.  Had he been more humble, kept of twitter and let his good work speak volumes, his image wouldn’t be so tarnished and people would warm to him more.

I was happy to see him become president but unfortunately, he continually makes stupid mistakes and really has shot himself in the foot because of pure ego.  As I said, I like some of his policies and ideas, but like every politician, he doesnt relate to the people and he really doesnt do himself any favours by tweeting like an irate mad man. His advisors should have helped him more in my opinion and realised this isnt a game show like the apprentice

REPLY: I agree, I did not like that his son-in-law brought in Goldman Sachs when they even banned their own staff from donating to him. He listened to people and surrounded himself with people like Bolton who were the Deep State which to me showed he was naive. The investigation into the Obama Administration interfering with his administration before and after becoming president was disgraceful and in 4 years they could not come up with a report before the election? To me, that was part of the swamp in control to protect themselves.

His tweeting and statements are sometimes off the wall. I fully understand why people look at him and dislike him.

My concern is simply I know what is happening behind the curtain. As always, people have even tried to get me on their side. I have no interest in that. I am never going to assist those seeking to impose a one-world government. Sorry – stop trying.

Some of the independent mainstream press in Europe are starting to report on what I know has been in play. In June, there was a meeting at the World Economic Forum. They are planning to now move full ahead to take over the world. You will see a sharp rise in leftist demonstrations and these will be used to move the general public to the point that they see themselves as evil and must atone for their evil ways by surrendering all freedom as their just punishment. There will be mass protests by left movements that are to be activated by members of the WEF. All your freedom will vanish under Biden. They will use protests and the virus. They are already claiming a more lethal virus is developing in Europe in minks.

Our computer shows a real pandemic is likely in 2022 not now – this is all fake and they have been combining the normal flu deaths with COVID-19 to scare people and overthrow Trump. Pelosi has said now they will “crush the virus” and to do that will be national lockdowns. As I have stated, I bought a box of masks from Amazon and on the box, it says they will not prevent any disease. So why are people imprisoned, beaten, or fined for not wearing a mask that does not work? 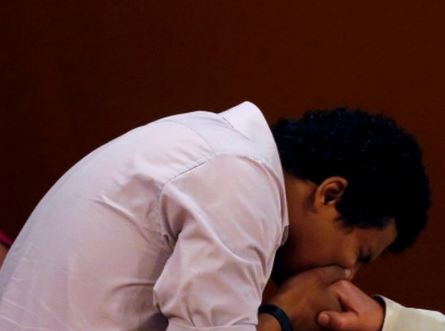 This is all a scam to further this Great Reset where you will own nothing and be happy. They will take your pension and your 401K and hand you Guaranteed Basic Income and you will be happy and will kiss the ring of Klaus Schwab. Europe is already planning to suspend elections. You will see the same in Canada and the United States. Welcome to Communism 3.0 – the age of tyranny because we as the great unwashed, are too stupid to understand what is best for us and the planet. We lack the super-intelligence of Klaus Schwab.

I am giving it serious thought. This will probably be the last World Economic Conference I ever hold. The forces behind the curtain are so intense, I cannot possibly convey how serious this really is and the prospects of what lies ahead under Biden is not simply a Democrat defeating a Republican. Even Republicans in the Senate are starting to say that Trump should just stand down. They are oblivious to what is coming and they listen to nobody because it is a bubble in Washington and they think it will be business as usual.

Personally, I could care less about his tweets as long as he stands up against this onslaught. I fear he will not be able to do so and we will see the full force of what is in store. The lockdowns are being used to destroy the economy and “crush” it into dust. Then, as they said of Nero, he burned Rome so he could build his golden palace. This is Klaus Schwab with the help of Gates and Soros.

There is no point in me objecting. This is part of the way Western Society will self-destruct, fragment and separatist movements rise, and the financial capital will move to China. These people are insane thinking they can crush the economy and rebuilt it Green. In January, they will announce at the World Economic Forum in 2021 the Great Reset agenda. Take note of every world leader who attends. They are there to kiss the ring of Klaus Schwab and you will then see the world leaders who have been bought and paid for to destroy our freedom.

As they say, sometimes you are better off with the devil you know.

« What does a Biden World Look Like?
The Future with Many Doors Open »