Was Nadler & Pelosi Paid Off Because Trump is Trying to Pullout of Middle East? 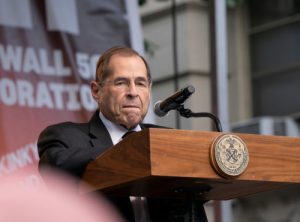 Jerrold Nadler from the 10th district of New York City has probably done far more damage to the nation than any person who has ever been elected to Congress. He has been elected to 13 terms and he may actually lose his seat in 2020 if he dares to run. He may have been given a golden parachute to impeach Trump. Nadler has only a 20.1% approval rating, reducing the incumbency advantage. While the 10th district has been a Democratic thiefdom for 100 years, there is a risk that could change. 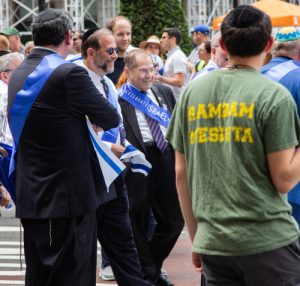 The speculation has been that Nadler was paid off to try to overthrow Trump because he does not want to see American boys die in the Middle East for a never-ending war. It is true that Nadler was born into a Jewish family in Brooklyn, the son of Miriam (née Schreiber) and Emanuel “Max” Nadler. However, this does not confirm that he hates Trump so much that he is engaging in treason himself.

Cyclically, if he decides to run again in 2020, he may actually lose. But this is not based upon a Democrat v Republican analysis but on his personal career. His performance in these impeachment proceedings has been one of a totally dishonest politician rigging the game.

Nancy Pelosi has also acted strangely unconstitutionally by her holding back the articles of impeachment to the Senate demanding Senate Republicans to deliver concessions. She is clearly acting beyond the Constitution for she has no authority to interfere with an impeachment trial. She is obviously fully engaged in this coup and conspiracy to overthrow Trump. But she may be delayed for another covert reason. This holding back on the articles of impeachment demanding concessions is totally unimaginable for the Constitution is very clear.

The Senate shall have the sole power to try all impeachments. When sitting for that purpose, they shall be on oath or affirmation. When the President of the United States is tried, the Chief Justice shall preside: And no person shall be convicted without the concurrence of two thirds of the members present.

Trump is NOT impeached until the articles are delivered to the Senate. Just because the House can impeach without interference from the Senate or Judiciary on a simple majority vote, the Republicans hold all the cards in the Senate and she knows that. So what is her real game?

The Constitution clearly states that the trial of impeachment is solely within the discretion of the Senate. Impeaching Trump claiming and abuse of power is precisely what both Nadler and Pelosi are engaged in these days. Pelosi has no constitutional basis to try to control the Senate.

The House of Representatives shall choose their speaker and other officers; and shall have the sole power of impeachment.

Pelosi has no constitutional authority to try to dictate the terms of impeachment to the Senate. This is the sole discretion of the Senate – not the House. The Senate can indeed acquit Trump even without a trial constitutionally. Those who claim Trump is impeached even if the Senate withholds the articles is highly questionable since the act of filing an impeachment is exclusively in the House. My reading of this does not support the proposition that the Senate can now just acquit without receiving a formal impeachment.

This is smelling like something is indeed seriously wrong. I believe Pelosi is stalling to be able to add to the counts and continue the impeachment hearings because she knows the current articles are not valid for impeachment.

« IMPEACHMENT the Sequel
Hillary For President 2020 »