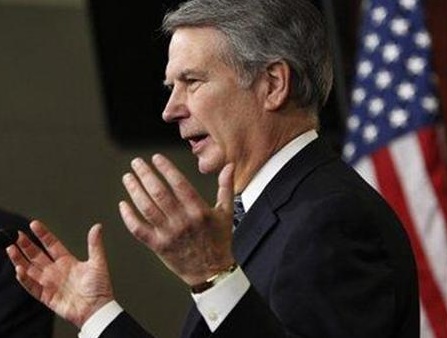 I wanted to write an obituary for a friend who I would go down to Capitol Hill to see — Walter Jones. He was a Republican but someone who would vote based upon what he believed was right and not simply because of party politics. Walter died and it was really a great loss. He would cross the aisle and often work with Democrats, and as a result, he won their respect. The same could not be said of some of the Republicans like Boehner.

Walter had served in the North Carolina General Assembly for 10 years as a Democrat. He was one of the Southern Democrats who switched to the Republican Party when he ran for Congress in 1994. As the Democrats turned left-wing and were actually manipulating minorities to gain power (the Democratic Party was originally founded by Andrew Jackson, who was a slave owner), there was a movement against the Democrats internally during the post-1968 period. Jones was one of many southern Democrats to make that switch, which was not easy. Jones’s father had been a longtime Democratic congressman. That switch demonstrated that Jones followed his conscience rather than party politics blindly.

The real battle Jones fought against the Republicans came when he supported Ron Paul and the rising tide of fiscal conservatives. I would even attend meetings in his office on such matters and deeply appreciated the understanding that existed about the direction of the country.

John Boehner was outrageous and retaliated against anyone who supported a fiscally conservative policy. Boehner purged all economic conservatives from the House Finance Committee, which included Jones. Boehner went as far as to raise money for GOP candidates to run against anyone he wanted to remove. Boehner conspired in 2014 to instigate former Bush administration official Taylor Griffin to run against Jones in the GOP primary and backed him heavily financially from Washington Republicans. Boehner directed a million dollars of super PAC money to pour into the district that tried to paint Walter Jones as a liberal, lying about his record. Boehner became a ruthless dictator and demanded any Republican vote as he directed. It was business as usual for Boehner and why he was driven out by the Republicans, for Boehner ended up causing the Republican Party to split. All Boehner’s efforts to defeat Jones failed, but it left a very bad taste in my mouth for Boehner. He was one man I would not even shake hands with.

Jones voted against Obamacare, the bailouts of the big banks, Wall Street, and Detroit. He voted against cap and trade, and TARP, the trillion-dollar stimulus package. Boehner was furious with Jones, to say the least, and personally launched a battle to remove him from Congress. Jones voted against every increase in the debt ceiling in 10 years and refused to vote for any U.S. budget not in balance.

Walter Jones came to believe that voting to send Americans to fight and die in Iraq was the worst mistake of his career. Jones spent hours each weekend writing personal letters to every family that lost a son or daughter in a war he believed he had wrongly supported. And he was resolved to oppose every idiotic war in which the country was being manipulated. Jones first supported the Iraq War in 2003, but was deeply bothered at the human cost of life. He was also one of President Donald Trump’s most outspoken critics within the GOP, but this was not because of party politics. Jones followed his beliefs in right and wrong. He had been deeply offended by the Iraq War. He admitted that he had supported the 2002 congressional resolution that gave President George W. Bush the authority to wage the war in Iraq following 9/11. As Jones told the Associated Press in 2017, attending the funeral of a marine in his district is what opened his eyes and his heart in 2003

“I will never forget my mistake, because people died because of my mistake… I bought into believing that President Bush didn’t really want to go to war. That’s how naive I was at the time … I could have voted no, and I didn’t.”

The War Party front, the Emergency Committee for Israel, was chaired by Bill Kristol, who had become the cheerleader for the war that had cost 4,500 American lives. Bill funneled hundreds of thousands of dollars into attack ads to get rid of Walter Jones because he would not support the war effort. Kristol wrote “War Over Iraq: Saddam’s Tyranny And America’s Mission” with co-author Lawrence F. Kaplan, which was published on February 1, 2003, one month before Cheney launched the invasion. This was written to support Cheney’s vision of eliminating nations against Israel by converting them to democracies. His self-centered theories cost many American lives all for nothing.

Kristol’s book states that the rationale behind the preemptive strategy against Saddam Hussein was simply that he was a dictator who threatened both his own people and the world. That is sufficient to justify the United States invading another country before he does further harm. Kristol offered no evidence to support his case and he simply stated that “we do know that Saddam is a terrorist.” Kristol went as far as to criticize both the first Bush administration and the Clinton administration for allowing the Iraq threat to grow.

Based upon INSIDE White House sources, when someone first joined the staff in the White House under the new Bush Jr. Administration in 2001, at the very first meeting the focus was, not on the prospects of a recession into 2002, but on invading Iraq from day one! 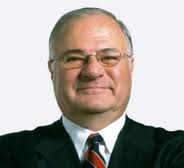 Then there was the Ending Spending Action Fund, a super PAC led by billionaire Joe Ricketts and backed by the Macau-Vegas casino mogul Sheldon Adelson, who dumped scores of thousands of dollars into the 3rd District in North Carolina to deceive voters into believing that Walter Jones was a liberal. Again, one must question why Ricketts is against fiscal conservatism.

The behind the curtain antics of the Republican Party stand as evidence that party politics is doomed. These types of people are so established that they cannot see that they are seriously out of touch with America. They are placing the future at risk, no different from the Democrats. What all of this proves is that Republics always transform into oligarchies.

Walter Jones was a man I greatly respected. We have lost another person who stood his ground against the evil forces of darkness that are hell-bent on intolerance of any opposition. This has resulted in the polarization of politics.