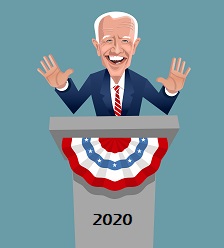 Americans are having voters’ remorse after the country took a sharp nose-dive into the ground under the Biden Administration. The economy has been destroyed along with our reputation and future outlook. A new poll has found that only 33% would re-elect Joe Biden if the next presidential election were held today.

Out of the 33% who would still vote for Biden, 21% said they would “definitely” re-elect him, while 12% admitted they “probably” would check his name off on the ballot. Former President Trump reached his lowest re-elect percentage in January 2018 at 35%. Obama has a low score of 39% in September 2010. Joe Biden is quickly becoming the least popular president in modern history.

Most independent voters (54%) would not re-elect Biden, while 91% of Republicans would run for the hills (perhaps a bad analogy with the ongoing hearings). Although only 71% of Democrats said that they would re-elect Biden, his own party has repeatedly skirted the question regarding his re-election in 2024.

Around 62% said Biden is not a strong leader – one of the main indications for success. Over half admitted that they no longer believe the president cares about the American people, and 52% said Biden is neither honest nor trustworthy. An alarming 56% stated he is not mentally fit to serve as president. This may be the first time Americans have had to wonder if their top decisionmaker has dementia.

It goes beyond Joe Biden as all his political supporters promote his ideas and vote for his policies. It will be interesting to see if the people remember his party’s failures this November at the midterms.