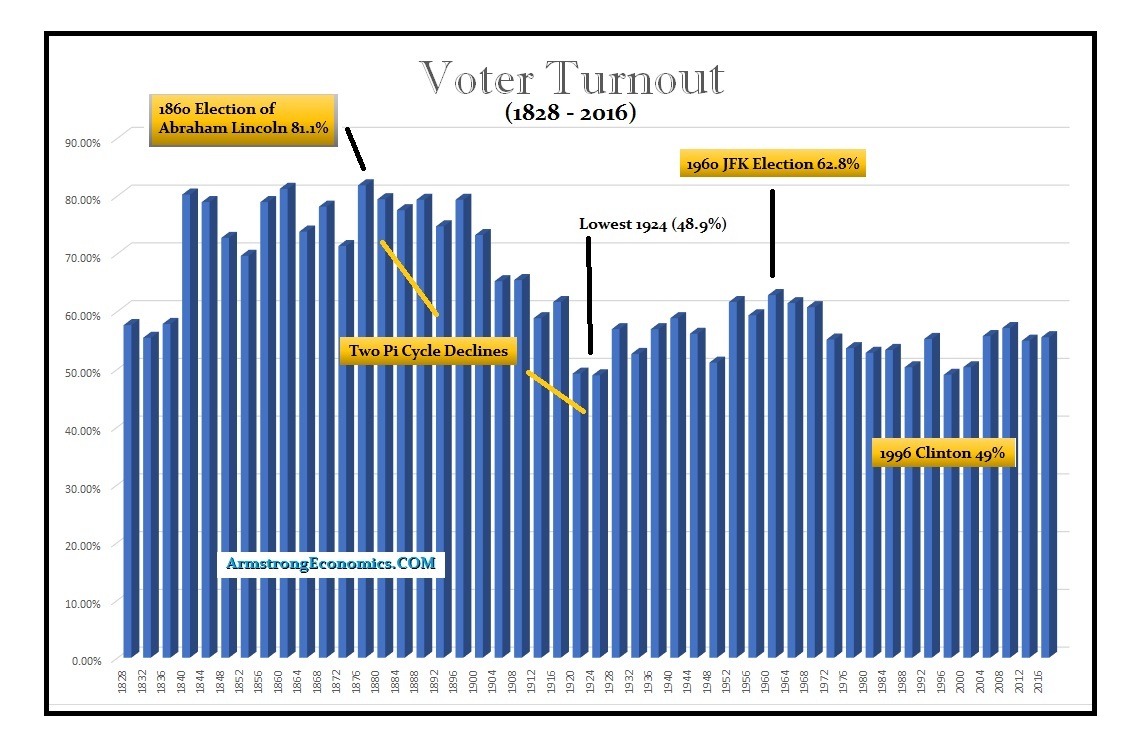 As of the weekend, more than 26 million people have voted, according to the U.S. Elections Project, a turnout-tracking database run by the University of Florida political scientist Michael McDonald. That’s more than six times the number of votes cast by the same point in 2016. Of course, the 2016 election produced almost 129 million votes. That means about 20% of the people have voted. Although the emphasis of this being 6 times the previous vote, this is not necessarily indicative of a major increase. We also have this created pandemic which has been created to terrorize the population.

« A Blue Wave is Bullish?
Iran Interfering in US Election »