United Nations Preparing for their One World Government 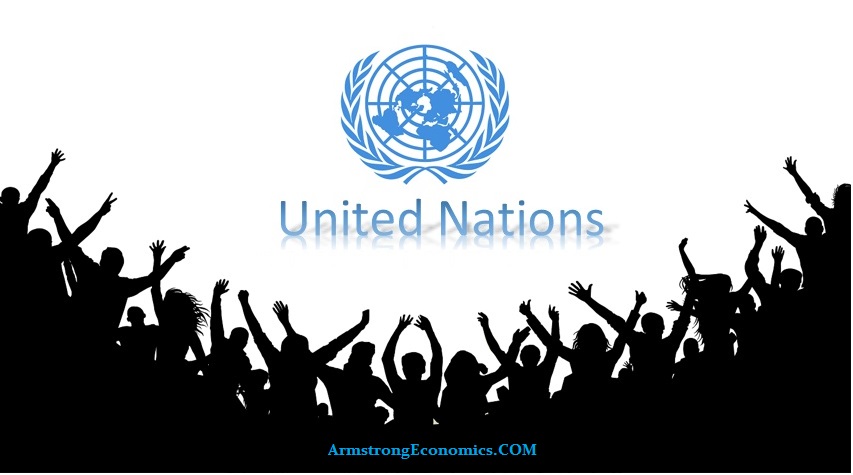 The resolution “Towards a New International Economic Order,” reaffirmed the United Nation’s need for power to continue working towards a new international economic order based on the principles of equity, sovereign equality, interdependence, common interest, cooperation, and solidarity among all States. It passed from 123 to 50.

Back during the 1970s, in the aftermath of the oil crisis of 1973, developing countries used the United Nations Conference on Trade and Development (UNCTAD) for political purposes. The UNCTAD had been set up in 1964 as a counter to the General Agreement on Tariffs and Trade (GATT) which in itself was the forerunner of the World Trade Organization, WTO. They were demanding grand changes in the management of the global economic system. Their demands were embodied in the Declaration for the Establishment of a New International Economic Order (NIEO), which had been adopted by the United Nations General Assembly back in May of 1974.

It’s stunning today to read the NIEO demands from 1974 since they are almost exactly the same as what the UNCTAD and previous Director General of the WTO (2002-2005), are currently calling for. Today, they are still calling for the suppression of volatile commodity markets as they did back in 1974. They seek preferential trade access to rich country markets, intervention in foreign exchange rates, controlling cross-border capital flows which capital fears a government needs to leave, continue aid to underdeveloped nations, and let us not forget favorable debt rescheduling (defaults). On top of this, they want the United Nation to be in charge of regulating multinational corporations to ensure that they comply with national laws and foster the technology transfers that they want. 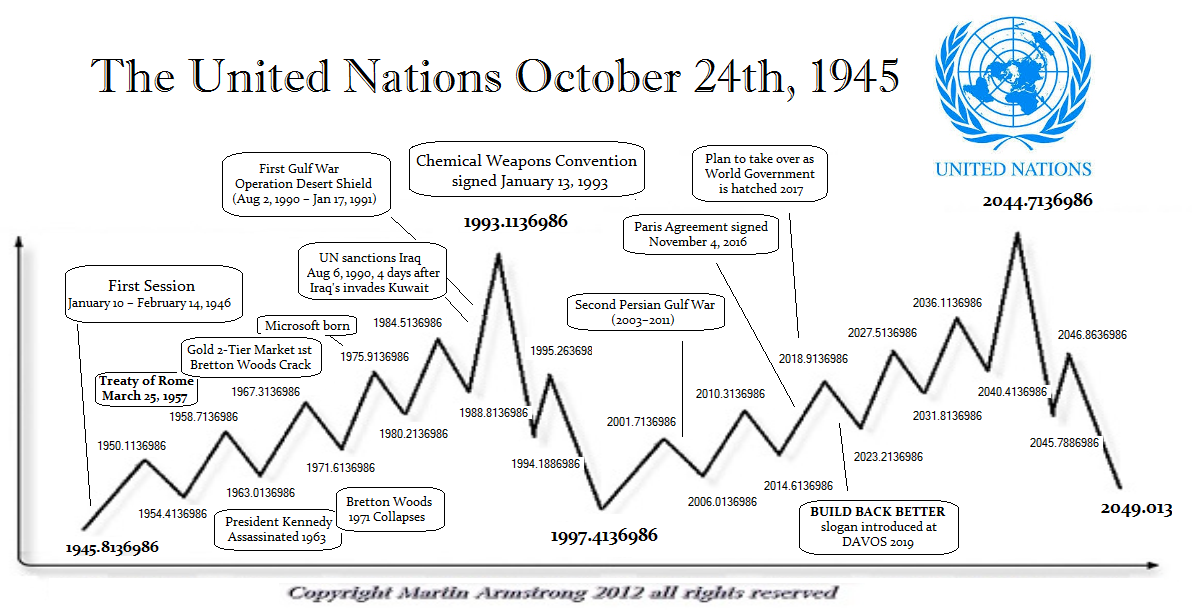 All this represents is a drastic turn to a world of authoritarianism as they do what Karl Marx tried and failed – ELIMINATE the Business Cycle. Our ECM Model on the United Nations’ next turning point comes up to March 18/19th, 2023. This is leading into the chaos between January and May of 2023, which is also 31.4 years from the fall of the USSR.

« Criminally Prosecuting Trump?
The Crumbling of the United States »