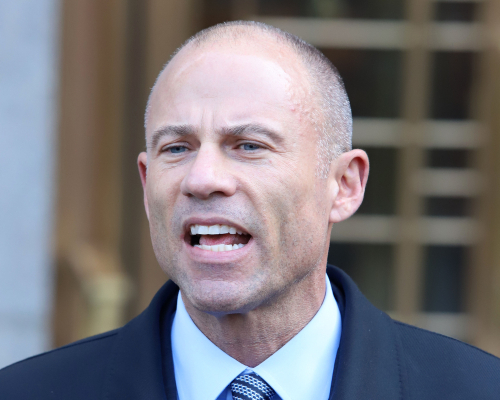 Michael Avenatti, Stormy Daniels’ attorney, worked at a political opposition and media firm, The Research Group, which was run by Rahm Emanuel who was Barack Obama’s White House chief of staff. He also worked on Joe Biden’s U.S. Senate campaign. He is out to take down Trump for the Democrats. Avenatti has publicly stated that with Michael Cohen’s plea “will permit us to have the stay lifted in the civil case & should also permit us to proceed with an expedited deposition of Trump under oath about what he knew, when he knew it, and what he did about it.”

The case is supposed to relieve Stormy Daniels of accepting a $130,000 to remain silent. If we analyze her case, it really is frivolous. The porn star was looking for a way to air details of her alleged affair with Donald Trump. She was paid for sex. So what? What can she say? Donald said he loved and lied for sex from a sweet innocent pron star? Daniels accepted $130,000 under a confidentiality agreement struck with Trump’s personal lawyer days before the 2016 presidential election. She now wants a judge to void it. However, Trump didn’t sign the deal, she argues in a suit she filed. Therefore, she claims that she shouldn’t be bound by its clause requiring disagreements to be settled in private arbitration. But she took $130,000 regardless of who it came from. If the deal is void, she has to pay back the $130,000. So who is bankrolling this case?

This is not going to be so easy for Daniels to prevail. The lawsuit could also expose her to accusations that she breached the contract herself. Everyone knows about it. She walked away with the cash and keeping silent about the alleged affair established that she considered the agreement a done deal without Trump’s signature. Her silence for several months certainly would make a jury presume that all parties were relying on the agreement as if it had been formally consummated.

Stormy Daniels would not be very sympathetic in the eyes of a jury given she is a porn star. She can be forced on the stand to give all the details about her career and they will dig up every time she ever lied for money. Her claims that she had an affair with Trump that began in the summer of 2006 in Lake Tahoe and continued well into 2007, are claims denied by Trump and the White House. She got to publicly reveal the confidentiality agreement by attaching a copy to the complaint. This includes the possible existence of text messages and photos stemming from their relationship. Since it doesn’t mention the alleged affair itself, this means that Trump will be free to defend the contract’s validity in court filings without discussing the existence of any relationship. In reality, she already went to private arbitration and lost. Cohen even won a temporary restraining order against Daniels at a closed-door arbitration proceeding back on February 27th, 2018. She claims that the arbitration was “bogus” and not fair.

She claims she wants to set “the record straight,” according to her lawyer, Michael Avenatti. The argument that Trump failed to sign the agreement is nonsense. It clearly states that counter-parties can sign the contract, and it’s signed by Cohen. She accepted the money and under virtually every jurisdiction that would be enough to enforce it against the parties. It should be a DONE DEAL. It appears that Daniels’s case is extremely weak and frivolous, to put it mildly. She runs the risk of perjury herself. How does she answer this? She never had an agreement?

Even getting Trump under oath, which seems to be the entire issue to try to get him in a perjury charge, the circumstances are not so different from Bill Clinton’s Impeachment. They were able to impeach Clinton, but they could not reach the required votes to throw him out of office. If Trump says he “does not recall” his conversation with Cohen, he escapes perjury charges. If he were, to tell the truth, that he knew about the deal,  that does not result in a win for Stormy Daniels. If he said he did not know, that still does not relieve her in this case. She took the $130,000 and has violated the agreement which was blackmail by even bringing this suit and making it public. 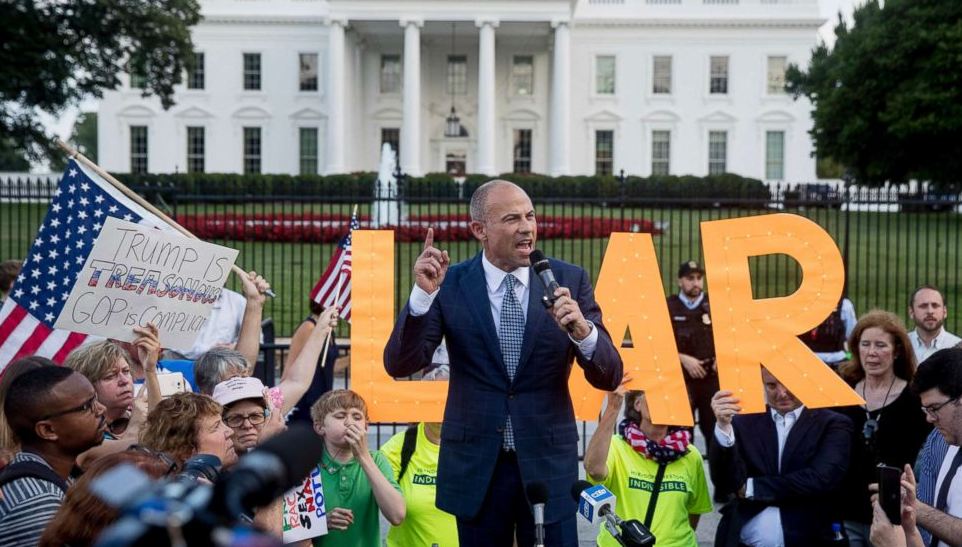 The contract would stand and since she has violated that agreement, she would be liable for the return of $130,000 and punitive damages. It appears that she has been used as a tool by the Democrats to try to overthrow Trump and there is nothing but the downside here for her. If she spent the $130,000, she will have to pay that back. If she doesn’t have it, who pays it for her? Joe Biden? The Democratic Party? Oh, that would violate the law using campaign funds. Trump could take the facts and move for Summary Judgement. His deposition would not change the outcome of the case if he says he did or did not know what Cohen did. The contract only required Cohen to sign which he did.

Clearly, Stormy Daniels has been fed a lot of nonsense to use her as a political tool. Avenatti has no case and is clearly using this purely for politics. In any litigation, an opposing lawyer can NEVER stand in front of your business or home with signs calling you a liar and protesting. This is NOT what is allowed in the legal profession and he could be sued for a host of violations. He is using the case for politics and Stormy Daniels is really at risk here for the actions of her lawyer. Even if she won and had to give back the $130,000, who will pay it for her? Or they are just paying her to use this as a stick knowing there is no legal foundation to support the claim. She blackmailed Trump – plain and simple. Pay or else!