Trump was Right – Baltimore is a Disaster 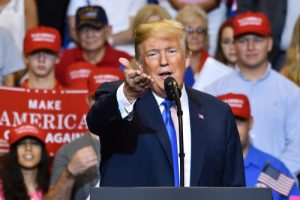 Trump’s comments on Baltimore naturally led to the press saying he wrongly insulted Baltimore. What is interesting is that the Daily Mail from London did its own investigation and found that Trump was correct. On top of that, some $16 billion in federal money that was given to the city cannot be accounted for. That is completely understandable because the pockets of politicians have big holes in them, and surely the money stuffed in their pockets fell out and was probably blown away into the sea.

The Daily Mail found that indeed Baltimore “is home to some of the most dangerous housing projects in the country, where homicide is an epidemic; drugs are on every corner and rats root around in the mounds of trash strewn in side alleys.”

So why will the American press report that Trump is wrong? Could it be just politics?