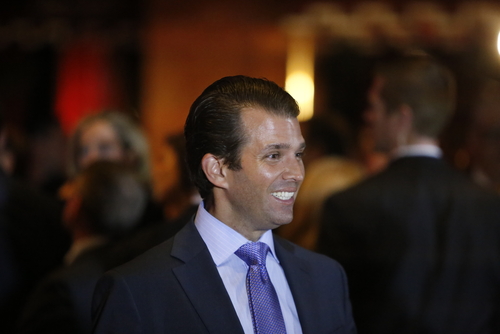 A lot of people have picked up on the mention of the Magnitsky Act is Donald Trump, Jr. statement of a meeting with a Russian woman. Trump Jr., said the meeting was “the most inane nonsense I ever heard. And I was actually agitated by it.” I seriously doubt that the woman explained the full background as to what took place in that affair and it is not likely that she even fully understood what took place behind the curtain. This Magnitsky Act was passed by Congress to “punish” anyone who was involved in sending him to prison where he dies before getting a trial. This is the company that was started by Safra in which they were soliciting me to join in Russia and I declined. This was the plot to takeover Russia by blackmailing Yeltsin to step down. When Yeltsin realized he was being set up by NY bankers to grab the natural resources of Russia, he turned to Putin for help and then handed him the presidency.

Just as the undercover tape on CNN exposed that everybody tries to influence political elections of friends and foes, the attempt to takeover Russia by the NY Bankers was at the center of my issue and is why there could never be a trial. They did not know how much I knew and they knew I had very good contacts all the way up even in Russia. Even Maggie Thatcher had asked me what I knew about a secret underground facility Russia was constructing that satellites could not see back in the nineties. As I said, the fundamental principle in law is you never ask a question you do not know the answer to. Who knows what will come out. That was their problem with me.

And here’s a statement by Donald Trump Jr published on 11 July 2017:

To everyone, in order to be totally transparent, I am releasing the entire email chain of my emails with Rob Goldstone about the meeting on June 9, 2016. The first email on June 3, 2016 was from Rob, who was relating a request from Emin, a person I knew from 2013 Ms. Universe Pageant near Moscow. Emin and his father have a very highly respected company in Moscow. The information they suggested they had about Hillary Clinton I thought was Political Opposition Research. I first wanted to just have phone call but when that didn’t work out, they said the woman would be in new York and asked if I would meet. I decided to take the meeting. The woman, as she has said publicly, was not a government official. And, as we have said, she had no information to provide and wanted to talk about adoption policy and the Magnitsky Act. To put this in context, this occurred before the current Russian fever was in vogue. As Rob Goldstone said just today in the press, the entire meeting was “the most inane nonsense I ever heard. And I was actually agitated by it.”