Threats of Violence Against Candidates Rising 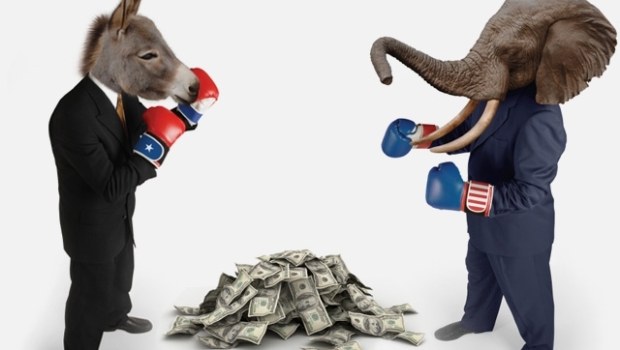 I have been warning that the one thing our computer is projecting on all election fronts around the world is that we will see rising violence and we should expect that voting will be rigged. Canada has already put out a warning that they are witnessing threats of violence against candidates as reported in the National Post. Unfortunately, this contest between the left and right is going to see bloodshed.

In the USA, we even have politicians like Hillary advocating such “civil unrest” unless the Democrats win. This is the Crisis in Democracy that our model had forecast would be the hallmark of this 51.6-year was back at the outset in 1985, is in full swing. Civility is out the window. We are going to witness major manipulation of elections worldwide as they try desperately to hold on to this trend of socialism.

Everything is crumbling at the foundation. The Pension Crisis may be the straw that breaks the back of the entire system as it is bringing down states like Illinois. The first reaction will be to raise taxes and hunt anyone with money. As the worthless promises of decades by the Socialists crumble to dust and fall to the ground, we will be looking at the risk of losing ALL our rights and they blame everyone else and demand they be paid.

In the case of Rome, their own armies began sacking Roman cities. There remains the risk that we will see this emerge on the other side of 2024.

« Is Goldman Sachs Banning Staff From Donating to Republicans Again?
Crisis in Democracy – We Have Crossed the Line »