This is Getting Really Insane 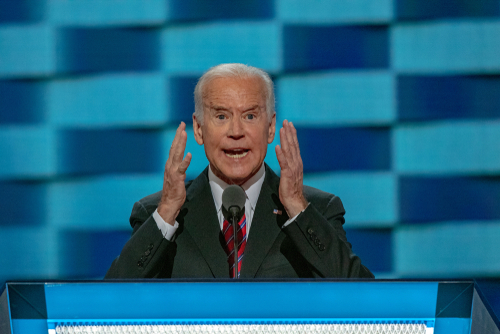 Well, my phone has been red hot today. There are some people in Washington who should call to get a reality check. Biden’s plan for spending is in trouble, and even Democrats are starting to wonder who the hell is pulling these strings. There have been proposals to save the planet and impose about an 8 cent per mile driven tax, which could be $2,000 per year — just to drive! There was an emergency meeting with Biden and Senate Majority Leader Charles Schumer (D-NY) in the White House, and people were wondering if Biden was coherent.

Biden is risking putting companies out of business and creating a massive crisis by fining companies $70,000 per employee who has not been vaccinated. Never in my entire life have I become so disgusted with politicians. This is completely out of control. Spending 15%+ of the total national debt in a single year is more than the cost of waging World War II. These insane politicians no longer represent the people and are burning down everything this country was founded on. Washington is directly opposed to the people who work in this country. Then we have Nader who thinks if they manufacture a $1 trillion coin and buy back their own debt that this is realistic. I have been warned after 10 years of meetings that they will default on national debts, for they have no plan of ever paying them off no less reducing their spending.

Nothing is real. Even press events are staged, and those appearing in the media are made to think they are the elite with special dispensation from COVID restrictions imposed upon the Great Unwashed. Even on Broadway, they brag about fake COVID tests. Meanwhile, Biden prevents people from coming from developed countries, but has opened the border for people who will produce nothing, and have whatever disease, provided they vote Democrat. He intends to grant wholesale citizenship to win the 2022 mid-term election.

There have been nearly 15,000 deaths and more than 700,000 Injuries reported to VAERS since the December 2020 rollout of COVID vaccines in the US. Some are starting to figure out that more people are being injured by the vaccines than dying of COVID. Government NEVER coerces people and threatens them like this if they were not getting something out of it.

Scotty! Beam me the hell out of here! Please!