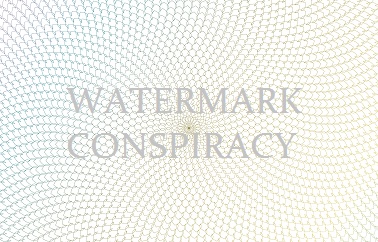 I have received a lot of questions about this story of secret watermarks. I cannot verify anything of that nature. As far as switching votes, that is the major problem. I was told by a journalist in one of the top 5 newspapers, that they were INSTRUCTED there will be NO investigation stories into fraud. The press is part of the conspiracy and has been taking money from Gates as he has admitted giving the media “grants” anyone else would call bribes. The Hammer issue is real. Snowden released documents on that secret device. It is not Russia or China interfering with the election – it is the Deep State.

Trump is not conceding and this will end up in the courts. We still see the target being the week of November 23 and then Panic Cycles come in December. Our computer has NEVER been wrong,  and it was forecasting a 50/50 popular vote, and Biden is claiming only 50.5%. So we are still in this period of chaos and uncertainty. A postal worker in Philadelphia was ordered to collect late ballots. This election will only lead to civil unrest so instead of slavery, this time it will be Republicans and Democrats killing each other it is that intense. It was never an issue before. This time it is all about structural change rewriting the courts and constitution.

« Biden is Pronounced President by Mainstream Media who Really Decides Elections
PRIVATE BLOG – What Next? »