The Trump Impeachment Heating Up 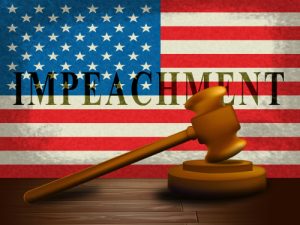 QUESTION: Do you think this impeachment will succeed in overthrowing Trump?

ANSWER: The key to this affair is a threat – you do this or I will not provide aid. This is what has to be established. Asking the leader of Ukraine to investigate if there is anything by itself is not interference in the 2020 election. Nevertheless, they can turn this issue into the headline every day as they did with Russiagate. But there is more going on behind the curtain.

The Saturday Night Live skit on the Democrats hit too close to home. It really showed that the Democrats have no viable candidate. Meanwhile, we have Mitt Romney considering a challenge to Trump. That will not get off the ground unless the Democrats can turn the Impeachment into ammunition for Mitt Romney.

Without the actual threat, the best the Democrats can hope for is to try to force Trump to resign. The likelihood of him actually being removed from office by the Senate is a long-shot. The more covert goal behind the curtain is to encourage Romney to oppose Trump. The Democrats are willing to lose to Romney and may prefer that because Bernie and Warren are the self-destruct button in the Democratic Party. Romney is a career politician and that is what they want in the White House regardless of party.

So the real goal may be more covert than anyone suspects. The Democratic candidates offer nothing and a ticket with Bernie or Warren at the top will split the party. The more mainstream liberals are not about to accept either of them and they have a very hard time even listening to AOC and the squad fearing that they are reshaping the image of the Democrats.

The donations in the 3rd quarter saw Trump blow everyone away raising $145 million with over 300,000 new people donating for the first time. Bernie raised $25.3 million and Warren $24.6 million with Joe Biden at $15.2 million. Following the money, the Democrats know they are in trouble. They have to get rid of Trump and Romney will do just fine.

Can this impact the Markets into October/November in line with our computer arrays? Absolutely!