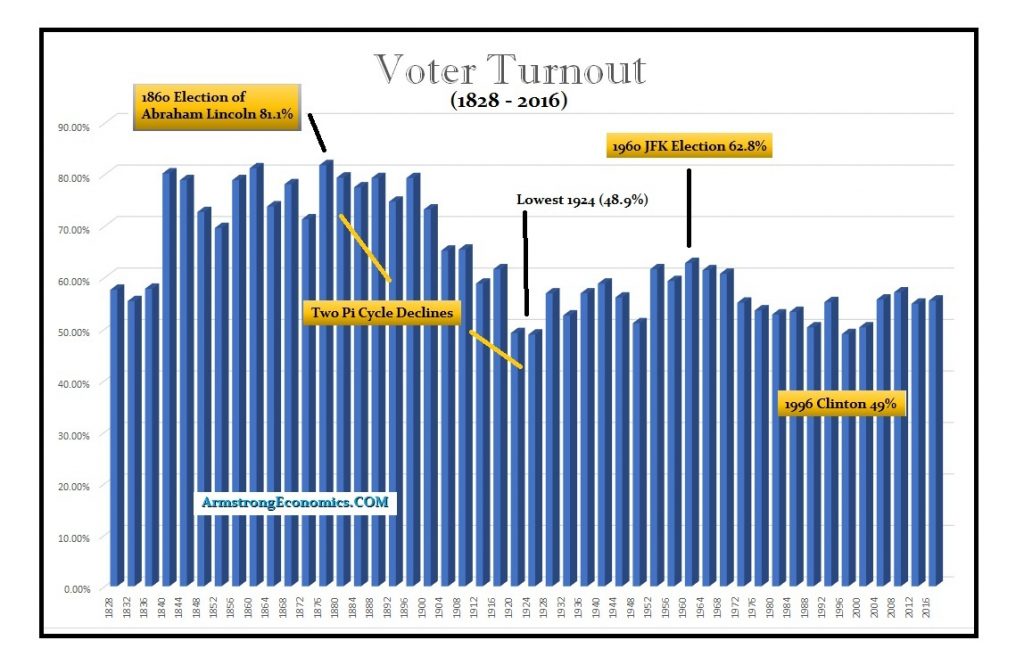 Our computer forecast that this would be a sharp rise in voter turnout. The turnout for this 2020 election shattered previous highs, including 2008 when Barack Obama defeated John McCain, 1960 when John F. Kennedy defeated Richard Nixon, and 1908 when William Howard Taft defeated William Jennings Bryan reaching 66.2%. That came out to just over 155 million votes which was about 15 million more than what had been expected. We warned that you can clearly see that there is a Directional Change due in 2021 and that we should expect now a rising trend in political turnout into 2022 which will go with civil unrest. Some were projecting a turnout of 140 million with 80 million votings by mail. 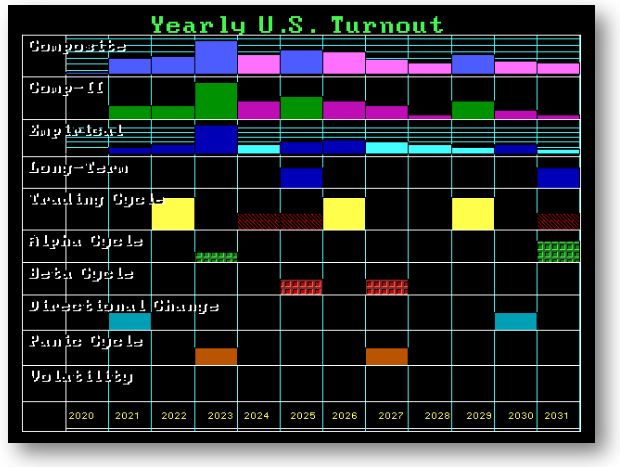 With a Panic Cycle in voter turnout  in 2023 and 2027, this is highly unusual. This is also an indication that there is NO WAY this election will just pass and its back to normal. The lockdowns have destroyed permanently so many jobs that hatred and resentment will emerge. 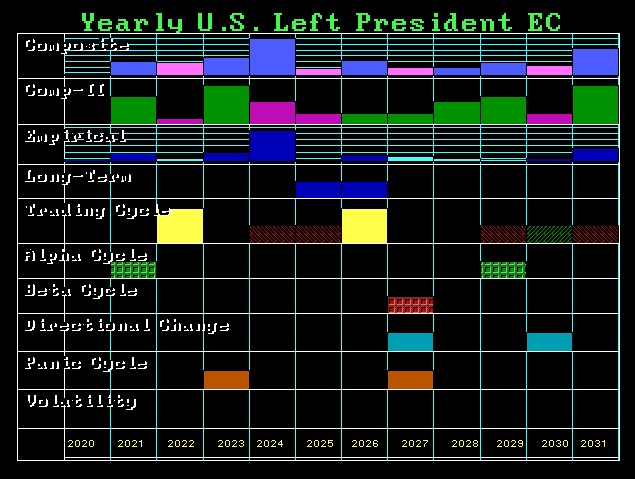 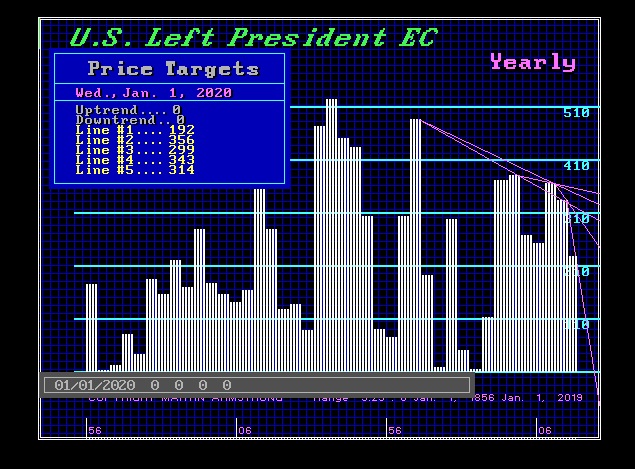 The very strange issue with this election which gives the appearance that it was rigged, besides Biden winning more votes than Obama or Hillary only in the contested swing states, is the fact that he then pretended to be the president-elect simply because the media declared him to be so, which was a usurpation of power in and of itself. There was no “office of the president elect” and that was entirely propaganda to sell to the world that he won the election. There is no need to do that and nobody in history has EVER done such a thing. This is highly irregular and makes it appear to indeed be a cover-up.

The Electoral College has voted and Biden is now the President-Elect for real. Unless Trump invokes the Executive Order declaring that the election was interfered with and all voting machines should be seized, Biden will be president. It is most likely that Attorney General Bar5r has resigned because he is part of the Deep State and will not support Trump in any such claim.;

Had the Supreme Court ruled against Trump, then that would have settled the dispute and there would have been no need to even question invoking the Executive Order. But the Justices hid under the covers when the case presented was clearly between two states which the plain language of the Constitution mandated they hear the case. 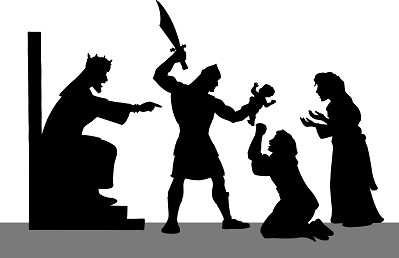 The very purpose of the rule of law is to make a society “civilized,” whereby we settle disputes in a rational fashion. The duty of the king in ancient times was to preside over disputes like King Solomon presiding over which woman was the legal mother. The Supreme Court has a duty, but it avoided it. Historically, that leaves only violence be it a civil war or revolution. The court created the Civil War with its decision of Dread Scott. There was no other alternative but war.

On December 2nd, Trump laid the groundwork for invoking the Executive Order.

As President I have no higher duty than to defend the laws and the constitution of the United States. That is why I am determined to protect our election system, which is now under coordinated assault and siege.

Millions of votes were cast illegally in the swing states alone, and if that’s the case, the results of the individual swing states must be overturned and overturned immediately.

We will know by next week if this is over or are we headed into more chaos.

« What About Fake News?
The Chaos of Politics – Economy – Markets »