The Polls Being Manipulated? 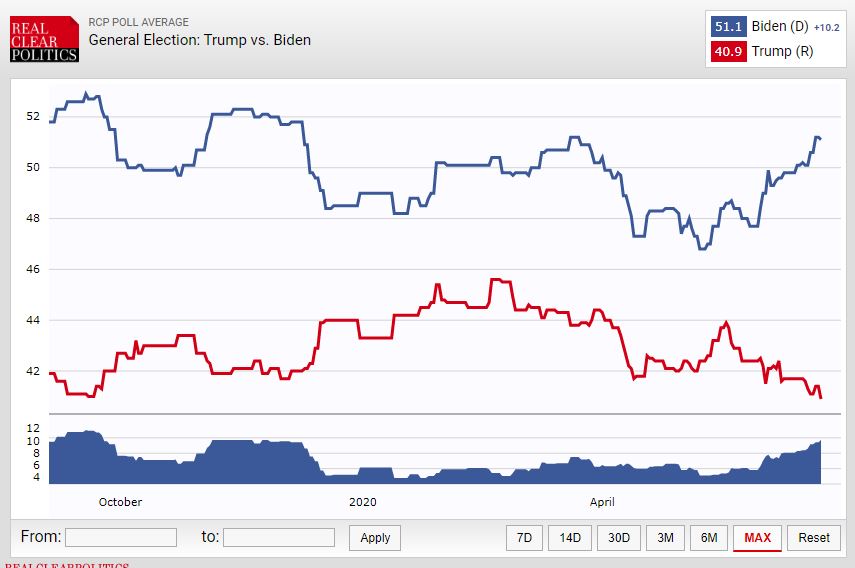 We may be witnessing the manipulation of polls once again that show Biden way ahead of Trump as we did in 2016 in the USA and with BREXIT. This time it seems that the manipulation is taking place on Steriods.

The Bullish Reversal stands at 58% for the Democrats and 53% for the Republicans. If the Democrats come in under 44.8% for the combined House & Senate, they will cascade downward into 2027 and split into two parties – left v middle.

« Defunding Police – Is This the Right Choice or the Next Step in Revolution?
Political Corruption at Trump Rally »