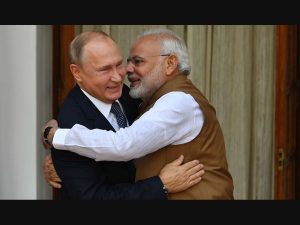 Russia has created a new alliance that many are calling the “new G8.” Russia was expelled from the original Group of Eight in March 2014, following the annexation of Crimea. Russia stated that it did not care about the snub. “All the economic and financial questions are decided in G20, and G8 has the purpose of existence as the forum of dialogue between the leading Western countries and Russia,” Russian Foreign Minister Sergey Lavrov stated. There is no dialogue between the major Western superpowers in Russia at this point in time. Former President Obama’s ambassador to Russia, Michael McFaul, went as far as saying that the West must insure Russia has “no real allies.” 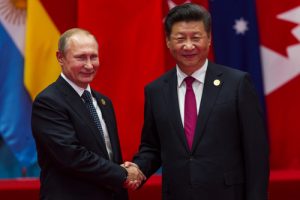 Due to backfiring sanctions, Russia certainly does have allies and has created a new G8 for good measure. Vyacheslav Volodin, head of the State Duma, stated the following:

“The economies of the United States, Japan, Germany, Britain, France, Italy, and Canada continue to collapse under the pressure of sanctions against Russia.

The breakup of existing economic relations by Washington and its allies has led to the formation of new points of growth in the world.

The group of eight countries that do not take part in the sanctions wars – China, India, Russia, Indonesia, Brazil, Mexico, Iran, Turkey – is 24.4 per cent ahead of the old group in terms of GDP per capita.” 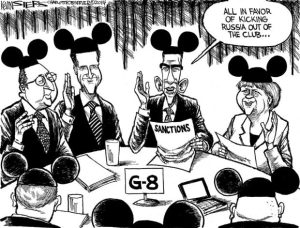 Volodin said that the seven named countries are interested in developing “mutually beneficial relations with Russia,” and have already seen economic progress despite ongoing sanctions. Putin has also said that he would like to collaborate with emerging economies such as certain African nations that are “still sleeping, but about to wake up.”

The plan to divorce Russia from the world economy has backfired. Russia is increasing its international partnerships and trade as a direct result of the policies aimed at isolating it from the world.

« Ruth Sent Us
Putin: They Even Named Inflation After Me »