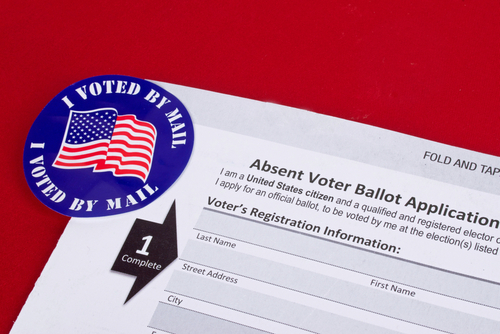 Normally, absentee ballots are not a major issue. However, they are also rarely needed to decide elections. The problem which seems to have been deliberately created is using this fake virus that has been presented as lethal when it is nothing more than the flu killing mostly the elderly, to convince people to vote from home. They really have no legitimate reason for not going down to vote. They have been terrorized by the left media with CNN leading the charge. The 2008 election Obama beat McCain taking 52.9% of the popular vote and the 2012 election he won with only 51.1% of the popular vote.

This illustrates the problem we face. By increasing the mail-in ballots, this has been a deliberate move to complicate the election and at the same time reaffirm that you may die if you leave your house and come close to strangers. This is a clever means to support the claims that every death is because of Trump – not the virus. Biden said nobody would have died if Trump did his job. CNN showed it unethical bias since their leftist fact-checkers remained silent. Some have had the courage to say Biden was wrong. FactCheck.ORG at least wrote: “Biden made the far-fetched claim that data show President Donald Trump could have prevented “all” of the U.S. deaths from COVID-19 if he ‘had done his job.’ There’s no research that supports such a claim.” We do NOT see any of the major leftist news media correcting Biden because this is part of the scheme, terrorize people so they vote from home and that will ensure they vote for Biden.

Already we have major problems appearing showing that these mail-in ballots are going to really complicate the election and leave it so both sides will declare fraud. Over 100,000 ballots were already declared illegal in Iowa. We have another 100,000 ballots that were mailed out in New York City with the wrong addresses. We have laws in Nevada that would nullify federal laws prohibiting ballot harvesting as has been taking place in many parts of the country. Pennsylvania Supreme Court has allowed mail-in ballots to be accepted 3 days after the election. This is just scratching the surface.

All of this could have been avoided by simply creating an APP to allow people to vote. If you can buy using your credit card from Amazon securely, surely you could have voted from home using an APP. There are also no federal guidelines for voting federally. This is one giant mess that will FOREVER allow both sides to claim the election was rigged.