The Health Forecasts are Politically Motivated

I have explained that when I was called in back in 1985 as an expert to justify creating the G5 and manipulating the dollar, I wrote to the President to object. I was told to be a “good boy” and just produce studies; the government would tell me the conclusion they wanted. 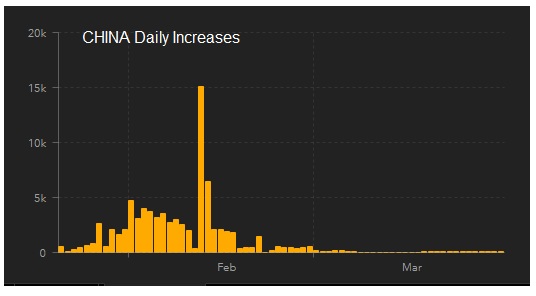 The virus will peak out rapidly. Even if we look at the country data and dive into the daily increases on the Johns Hopkins site, what we discover is that they peak out in 30 days or less. There is just no support for this panic. The press is deliberately trying to hurt the economy for the sole purpose of defeating Trump. We really need to bring back the Fairness Doctrine. The news is no longer fair and honest. Everybody has an agenda. 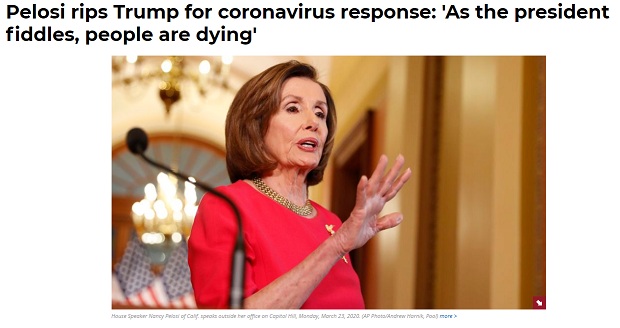 The left has been exploiting this for political gain both in the USA and in Europe. Pelosi snuck in the provision for the creation of digital currency. This is what is going on in Europe. The central banks are testing right now their digital currency platforms to eliminate paper money.

All our sources, who are HIGHLY RELIABLE, are putting this squarely in the hands of the left within Europe. There is even speculation that Neil Ferguson may have been paid off like Christopher Steele to create a deliberately false forecast to support the take over of government by the left.

I have reported that there are two epidemiological teams in London, one at Imperial, and one at Oxford, and they have very different forecasts about COVID-19. I reported that the Oxford team saw this as a minor event which was reported by the London Financial Times. There has been an immediate attempt to call the Oxford study bogus because it clearly did not support a governmental power grab of this nature. Now we have Sanford and many others asking what is going on.

The Imperial team, which is led by Prof. Neil Ferguson, has been the one accepted by politicians BECAUSE it justified shutting down the world economy. Ferguson is a current member of SAGE, which is the UK government’s Scientific Advisory Group for Emergencies. However, they have a track record of being very wrong, which is being covered up.

Back in 2001, they created a panic over a foot and mouth epidemic when they were led by Professor Roy Anderson, and Ferguson was his protege. It was Anderson who established Imperial as the government’s go-to team on communicable disease crises. There has been serious questions about why the government used Imperial, but my experience is you get that sort of position when they need a study and tell you the conclusion they need to hear.

Anderson left Oxford and joined Imperial allegedly because he had not declared to the Wellcome Trust the fact that he was receiving income from a scientific firm, even though he was a Trustee of the Wellcome Trust, and a director of a Wellcome Trust Centre no less. Additionally, Anderson had allegedly also publicly claimed that a woman in the zoology department was only appointed to a readership after her five-year fellowship because she had slept with the head of the department. There were also allegations against him, but his allegation against this lecturer resulted in him being suspended for two months. For these reasons, he allegedly decided to leave Oxford and went to Imperial. He also took Neil Ferguson with him. BTW, the woman won her legal case against Anderson when it finally went to court.

The woman who Anderson allegedly accused of sleeping her way into an Oxford Readership was Sunetra Gupta who is now the head of the Oxford team engaged in the bitter struggle against the Imperial team that Anderson set up with Neil Ferguson. This is the backdrop behind the whole Imperial recommendation to shut down the world economy.

This has been an ego-driven world of power politics where Ferguson really went over the top. But was this really just about personal feuds, or was there a lot of money behind this fake research? The Oxford group is now working with colleagues at the Universities of Cambridge and Kent to start antibody testing on the general population as soon as possible.