The Cost of a Political Divide

QUESTION: Trump Impeachment. Y’know Marty, since the Democrats have tried unsuccessfully for so long to find some dirt on Trump, the guy must be squeaky clean, no?

ANSWER: Impeachment occurs when someone does something while in office. It is not based on what they did before. All the stuff they bring up from his past, such as tax returns to pictures with Epstein, are all an attack upon his character in hopes that it will persuade some to vote against him, but they are preaching to the choir. Both Republicans and Democrats bash the opposition to keep their constituents happy, for they are just biased and would never vote for the other party because they lack any ability to think objectively. I get emails that are always claiming Trump is a prior crook or something and how he should be impeached, but that only reveals their bias. 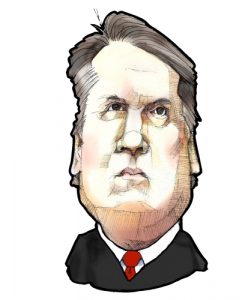 They are going after the Supreme Court Justice Brett Kavanaugh again. This is a pointless effort and highly damaging to the entire political system. What he did or did not do in college 40 years ago is absurd. No one’s entire life should be judged based on an incident they were involved in at a drunken party in college. It is rare to find someone who can even believe what they once did back in their school days. 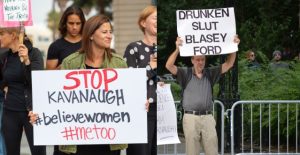 Brett Kavanaugh cannot go to many places in Washington, according to the Washington Post. He is isolated by these personal attacks to this day. The allegations have scarred him and his family for life. As reported, at the La Ferme restaurant in Chevy Chase, a woman yelled at him and his wife insulting him in public, and on a different night, one customer stood to applaud him. He simply cannot go out in many parts of Washington for people are no longer respectful or civil.

The Democrats want to hold impeachment proceedings to try to remove him from the Supreme Court. Good luck with that. Again, you cannot impeach someone for what happened 40 years before. Only a fool does not learn from their mistakes. We all change as we mature. It is called wisdom.

Christine Blasey Ford who made the unsupported allegations that Kavanaugh had sexually assaulted her and in the process destroyed him and his family’s life forever, has herself been subjected to the new world where respect has vanished and people are no longer civil in public. She relocated four times and has been unable to return to teaching. She too cannot go out to dinner without being harassed. Welcome to the new world of political fragmentation. What she has experienced is not much different from the person she accused. Making such public accusations that are exploited for political purposes is something that will change your life forever. You will never convince the core of the opponent so your life will be destroyed in the process. You might as well move out of the country.

Worse still, Ford’s testimony exposed a gender war simmering below the surface. There were women who supported Ford ONLY because she was a woman. Their position was that women tell the truth and all men were scum and should not be believed. That was a raw feeling which also emerged in addition to the political divide. I am sure Ford would never testify if she knew the real cost of what has truly changed her life. This is society. There is no changing the way people will react in such a politically charged environment. Some women will say she has a right to tell her story. The difference is only between a local setting and one that will be plastered on the front pages of the entire world. Life is not fair — we just have to get used to that.

The fallout has been seriously damaging to the point that this will impact people who would normally be willing to take positions in government. There are people I know who would have been interested in being president, but they have no desire to put their family through such an ordeal.

The same is now true about any position from Federal Reserve to Supreme Court. What was done to Kavanaugh was such a violation of personal dignity that NOBODY who is qualified will want to subject their family to such nonsense. And as for Trump, he is probably the PERFECT person for president BECAUSE he has thick skin. It takes a rare person to be able to handle such personal attacks constantly.

This is the destruction of our government. All this hatred and demands to go after anyone you disagreed with defeats the very purpose of civilization. Years ago, if the opposition won you simply moved on. Today, they spill out such hatred there is no longer any point to being one nation under God. Divide the country, build a wall down the center, and FORCE everyone to move to the side where they politically agree or just leave. The day is coming when there will be no returning to normal.

« Trump’s Polls Not Affected by Impeachment
Are the Democrats Doomed in 2020? »