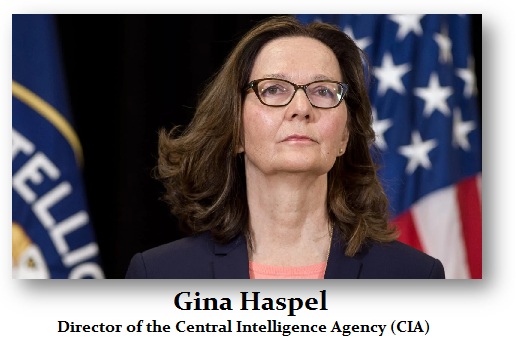 The Coup Against Trump because he was anti-war and “not one of us” is unraveling deeper and deeper corruption which is leading right to Gina Haspel who is the Director of the Central Intelligence Agency (CIA). They have contrived fake news and used it to go after everyone around Trump to disrupt his administration. Flynn is just the tip of the iceberg. The FBI is prohibited to penetrate and subvert any presidential campaign. Executive Order 12333, Section 2.9, “Undisclosed Participation in Organizations in the United States.” This expressly prohibits in very plain language any sort of intervention that arose from the U.S. Army Counterintelligence penetrating Students for a Democratic Society (SDS) to aid the FBI during the 1960s. Because of this prohibition, they viewed this as only prohibiting domestic intervention. That legal prohibition is why the FBI felt the need to manufacture a “foreign counterintelligence threat” in the UK and then “import” the investigation back into the United States. 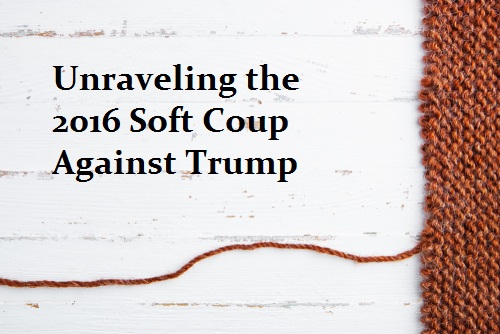 However, this goes even further. Since the Steele dossier was paid for by Hillary, and the entire approval of investigating the Trump campaign in 2016 came implicitly from Obama and Biden, the corruption involving the infiltration of the 2016 Presidential Campaign was in itself a Soft Coup. Gina Haspel was the head of the London office of the CIA where everything was organized. The FBI needed to fabricate a foreign counterintelligence “event” in order to pretend this operation was legal. It is now Haspel who is refusing to declassify RussiaGate papers because it was her branch in the UK that was operationally the “friendliest” office to pull off this entire coup. Haspel was deeply involved which runs the risk of this even rising to the level of treason.

Sen. John McCain’s role in this coup explains a lot as to why he said he did not want Trump to speak at his funeral. It was McCain who handed the Steele dossier to Comey involving President Donald Trump. This was revealed in recently unsealed court filings. McCain previously had acknowledged getting a copy of the dossier, which was a compilation of memos written by former British spy Christopher Steele for he was friends with Hillary, and delivering it to then-FBI Director James Comey. McCain provided the cover for he was a Republican handing it to Comey rather than Hillary who paid for it. Moreover, it was also John McCain who was the sponsor of the Magnitsky Act which was a cover-up because of the Clinton’s approval of the bankers trying to take over Russia. (The film Magnitsky has been banned and removed from YouTube most likely at the demands of Bill Browder which only raises the probability that it was true)

However, the explosive dossier contained false accusations claiming the Russians had compromising information on Trump, which Comey is still trying to use publicly advising people to vote for Biden. This entire mess revolves around the US/NY bankers attempt to interfere in the 2000 Russian elections which forced Yeltsin to step down and brought Putin to power.

It was David Kramer who is involved with the McCain Institute for International Leadership which should be renamed the Institute for Soft Coups. Kramer was deposed in December 2017 as part of a legal battle waged by a Russian businessman Aleksej Gubarev over BuzzFeed’s publication of the dossier. The judge for the U.S. District Court for the Southern District of Florida unsealed the records adding even more interesting aspects to this Soft Coup. 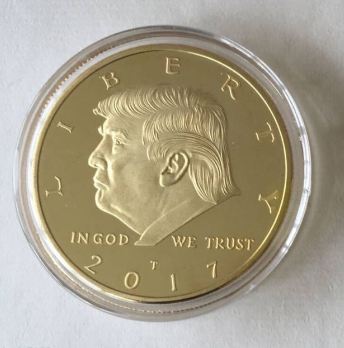 This election stands for a lot more than just who will be president. If President Trump is reelected, this might very well begin to DRAIN THE SWAMP. A victory for Biden would guarantee we will never hear another word about this Soft Coup. There is a lot at stake in this election that is so far beyond just the personality of the president. Trump needs to be very careful. These people will not think twice about eliminating him but probably by poison – they certainly do not what his picture on any money in the future.