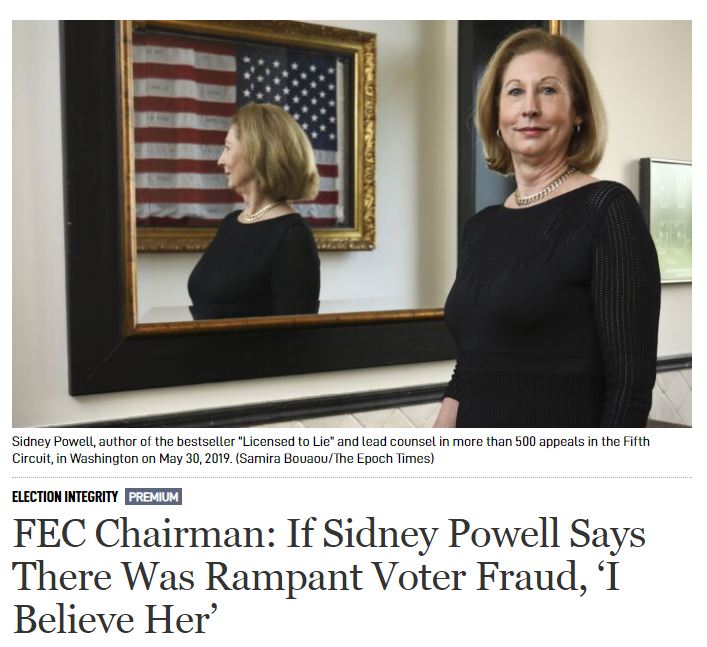 QUESTION: You know just about everybody. Do you know Sydney Powell? What is your opinion of her? 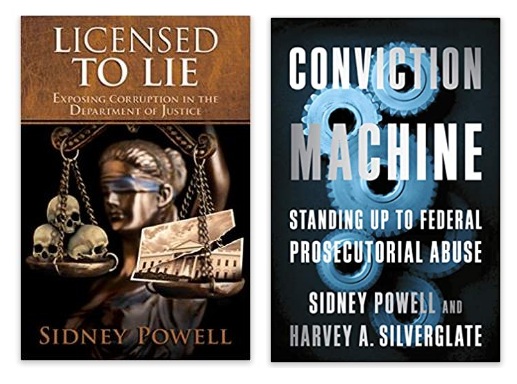 ANSWER: Yes I have had contact with Sydney, but no, I do not “know” her in any social sense. She is well respected and has been a prosecutor and thus knows the issues from both sides. She has written books that were perhaps the beginning of exposing the DEEP STATE which I do recommend. She explains that prosecutors can indeed indict a ham sandwich and that they routinely lie in court for they will never be held accountable by any federal judge period!

Trump made a good choice because she is definitely not part of the Deep State. As Trey Trainor, head of the Federal Election Commission (FEC), said that if Sydney says there is a fraud, he believes her because she would not say so otherwise.

« Dominion Voting & Tides?
The Democrats Are Starting the Internal War that will Split the Party »