While the connection between Dominion Voting Systems and Smartmatic are constantly called fake, the nugget that should be investigated is to what extent any software from Smartmatic was used by Dominion Voting. Smartmatic began in Venezuela under the regime of Hugo Chavez. The company was founded by two Venezuelans and the company was at least later incorporated in Florida and then the headquarters were moved to London.

The controversy is that the election software of Smartmatic was used for the presidential elections that President Hugo Chavez and Nicolás Maduro won. In each of those elections, opposition parties claimed that fraud occurred. In fact, a 2013 U.S. Department of State country report on Venezuela states in the executive summary that “…authorities announced that Nicolas Maduro had won the presidency [April 14, 2013] by a 1.49 percent margin, amid allegations of pre-and post-election fraud based on a number of irregularities, including government interference, the use of state resources by the ruling party, and voter manipulation.”

Furthermore, in a recent sworn affidavit filed with a Georgia election lawsuit, a key witness describes firsthand accounts of how Hugo Chavez asked Smartmatic to design a new election system for Venezuela and “was most insistent that Smartmatic design the system in a way that the system could change the vote of each voter without being detected.” We understand that Smartmatic went on to participate in every Venezuelan election until 2018. The witness goes on to state that in the 2013 election, the “…Smartmatic Electoral Management System was used to manipulate and change the results for the person to succeed Hugo Chavez.” He adds, “Persons controlling the vote tabulation computer had the ability to change the reporting of votes by moving votes from one candidate to another by using the Smartmatic software.” (L. Lin Wood, Jr. v. Brad Raffensperger, 2020) 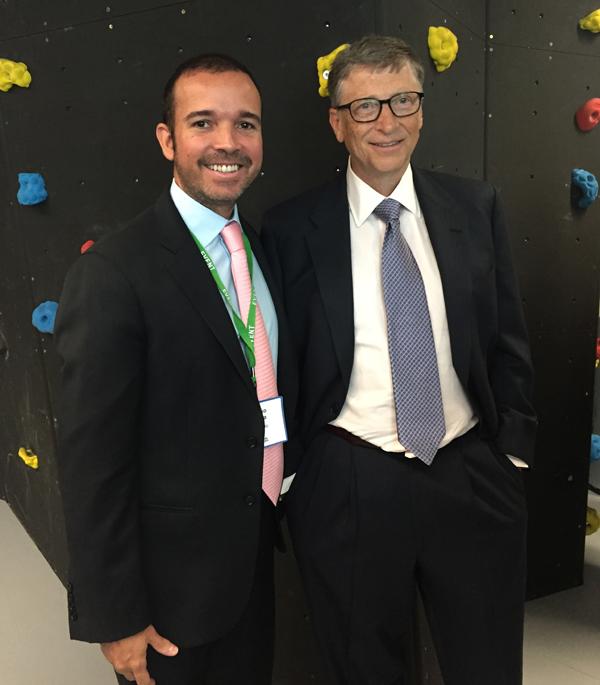 Antonio Mugica is the CEO of Smartmatic and here he is with Bill Gates. The connection nobody seems to be following is the fact that this leads to Bill Gates and Microsoft. Microsoft awarded Smartmatic for technological innovation in elections. While the conspiracy theories try to draw a connection between Dominion and Smartmatic, I find it more curious that they are trying to erase all connections between Microsoft and Smartmatic.

I reviewed the Texas review of Dominion and why they rejected the software. “Computer systems should be designed to prevent or detect human error whenever possible and minimize the consequences of both human mistakes and equipment failure. Instead the Democracy Suite 5.5-A is fragile and error prone. In my opinion it should not be certified for use in Texas.”

Dominion is using Microsoft SQL. The real question that needs to be asked is the connection of Dominion with Microsoft. It is strange that the links between Microsoft and Smartmatic are vanishing. There are allegations surfacing that Microsoft, at the direction of Bill Gates, designed the vote-counting software used to commit election fraud by Dominion Voting Systems and competing companies. Who knows what is true or false. If they could spend money on investigating Trump and Russia, which was a dud, perhaps a special prosecutor should be brought in to investigate all the connections between Smartmatic, Microsoft, and Dominion. Just because Smartmatic claims they have no ownership in Dominion does not settle the allegations.

« Georgia Judge Orders Voting Machines Should Not be Erased Then Reverses Himself
Las Vegas Oddsmakers are Never Wrong! »