Sharpie-gate – What is Going On? 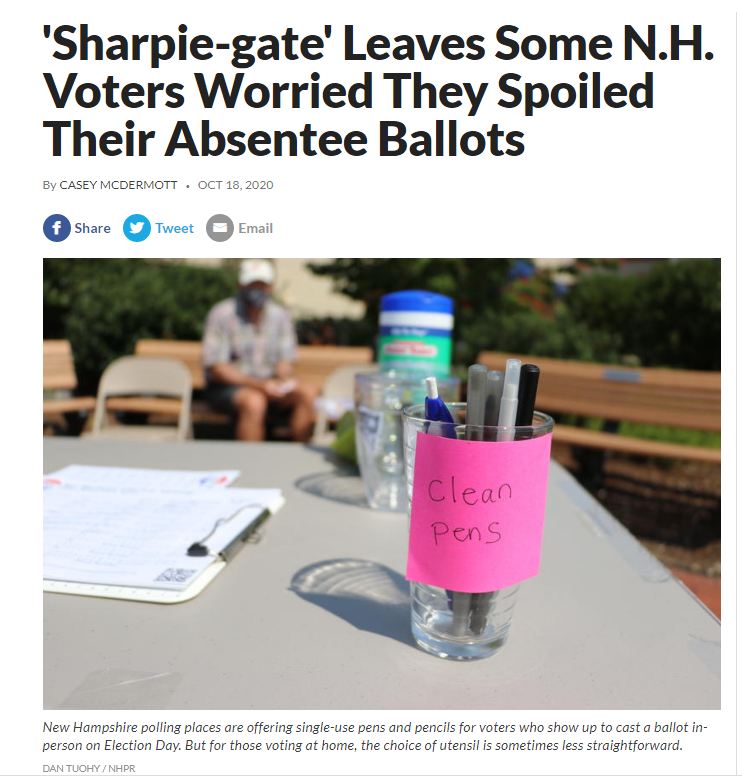 COMMENT:  I voted for Trump at the voting station in Ashburn, Virginia, November 3rd, and the voting booth only had a Sharpie for me to use. My ballot was then handed to the machine to read and I left the premises. Sounds like this could be a similar strategy being used in other states as well.

REPLY: I do not know. In Florida, there were ballpoint pens. The ballots even expressly stated only black or blue ballpoint pens – nothing else. Perhaps this is something that needs to be investigated. If the machines did not recognize sharpie pens, this is a real problem. In New Hampshire, it is being called “Sharpie-gate” and the government is not providing clear explanations. In New Hampshire, the government said to use a pencil or a ballpoint pen but claim the sharpie will still work. Others were warning people in Michigan not to use Sharpie Pens.

Even on school exams answering multiple-choice you have to use a pencil to mark your answers. Scantron Corporation is best known for its machine-readable paper forms and the optical mark recognition (OMR) and imaging scanners that read them. Sharpies do not work.

« Voter Fraud in Arizona – Maricopa County & Others
Is it Time to Break-Up the United States? »