Rumors Still Abound that Hillary Will Emerge in August 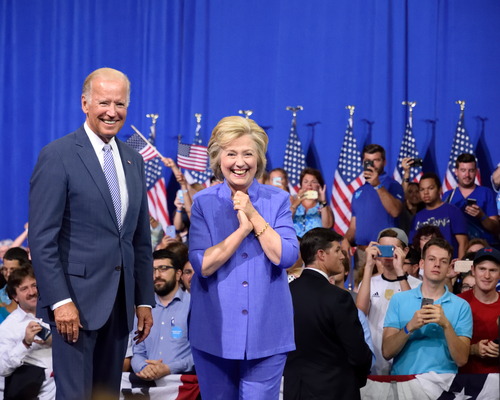 Hillary Clinton and friends are still plotting to have her drafted at the Convention now scheduled for August 17-20. The rumors remain that Joe Biden is “seriously senile” or has dementia. It’s not really “sleepy Joe” as Trump politely calls him, they keep him off the road because they are scared to death what he will say next. He just said 130 million Americans died from COVID. He is losing it – plain and simple.

The interesting thing is the computer is already targeting the week of the Democratic Convention – August 17th. It seems strange that the computer is targeting that week if this is a shoo-in for Biden. The Republican Convention is the next week – August 24th. That will be no surprise as to who is the candidate. This is interesting, to say the least. The Democrats can manipulate the polls, but they know Biden would make a fool of himself in any debate and the people will see he is not all there nor is he fit to be president. This is a socialist agenda and to win, they know they need Hillary.