Reality of Being a Chief Economic Advisor 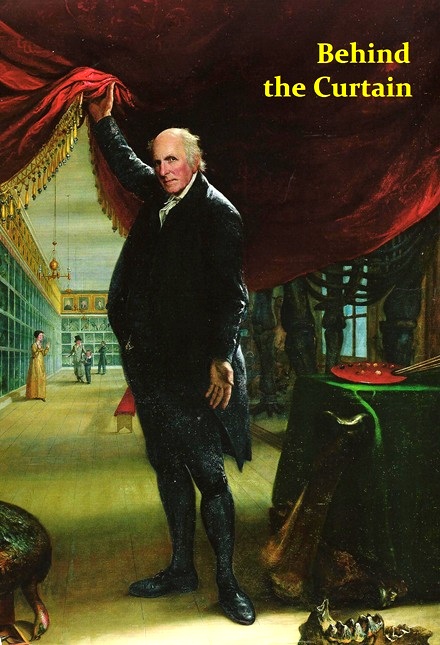 QUESTION: I thank God that your are here in my lifetime. The information you freely impart is priceless and I can’t wait to read your daily Posts. I believe that it would be incredibly wise if President Trump were to invite you to replace Gary Cohen as his Chief Economic Advisor. My question is regarding the end of the Private Cycle that you are forecasting will occur in 2032. Will the change result as a demise of the US economy or the rise of the eastern economies? Do you see President Trump as a facilitator to that end or will his policies server to mitigate the process.

ANSWER: Well thank you very much. But you should understand what goes on behind the curtain and why I prefer this side. I was offered that job back in 1999 to be Bush Jr’s Chief Economic Advisor. I laughed and turned it down. Why? People like Gary Cohn take these jobs because they get to sell all their stock TAX-FREE. Since this would be a conflict of interest to own Goldman Sachs stock, he must sell it to take that job. Since it is something he MUST do, taxes are exempt. Plus all the politicians do not want to get Goldman Sachs angry since they donate to both sides. Therefore, Cohn gets an easy pass by the Senate.

First, we are private, not public, and I have no interest in selling the company to get a tax-free deal. Second, they would NEVER give me a pass in the Senate. I have advised the major car companies outside the USA in Japan and Germany. The Democrats would paint me as a traitor who helped foreign companies beat General Motors. The list can go on and on. So there is no way I would ever be interested in a such a job. Someone like Cohn now gets all the benefits and all he had to do is work one single day and then resign. 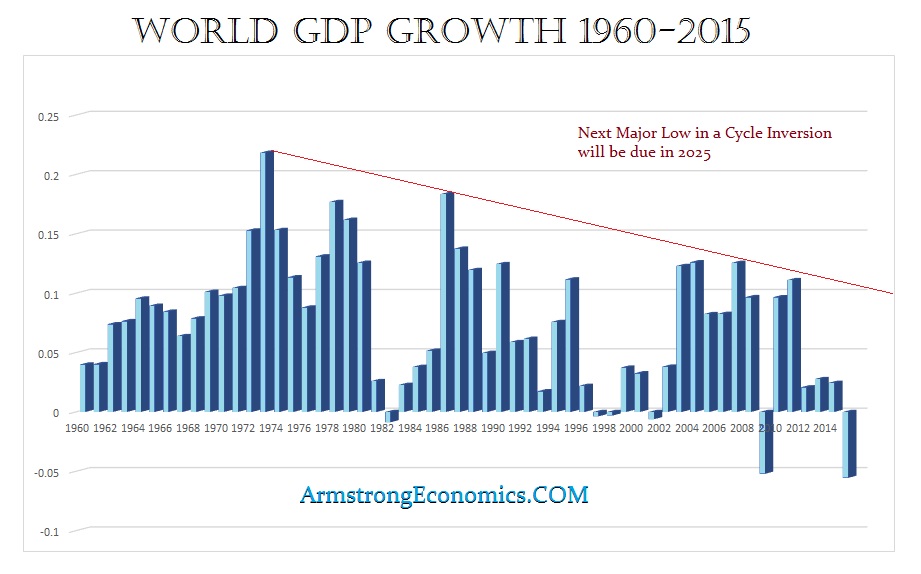 Trump is the counter-trend reaction. Reagan was the same reaction to hard economic times. You can see here that world GDP peaked in 1973. I remember the recession into 1976 very clearly. People were openly talking about another Great Depression. You get these counter-trend reactions which slow the decline down. Even Diocletian (284-305AD) instituted monetary reforms, wage, and price controls, and revised the political system creating the Tetrarchy whereby he was the first Emperor to actually retire and pass on the reigns of power. Trump will not reverse the trend. He will at best mitigate the fall during his term.