Prepare for Election Promises to Crumble 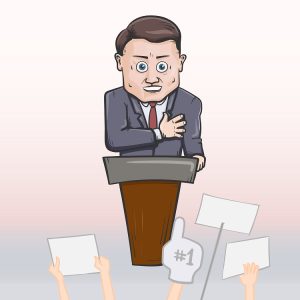 Now that politicians have secured their positions in the elections prepare for the promises to fade. These people will say anything for our vote with no intention of following through. Biden has already announced that they will no longer accept student loan forgiveness applications. A Texas court barred future applications a day after the election – coincidence?

In fact, there is a website tracking Biden’s political promises, albeit not the most accurate. So far, he has kept only 22% of promises made during his campaign – at most. Many of these promises benefit absolutely no one, such as nominating the first black woman to the US Supreme Court, new fuel standards, increasing COVID testing, and rejoining the World Health Organization (WHO). That’s where his administration has placed their energy as if the entire world isn’t crumbling under their rule.

The website downplayed his broken promises after listing them at only 1%. He certainly broke his promise to “Build Back Better” – well… actually, he is following that plan accordingly. He has handed over America to the World Economic Forum on a silver platter. International objectives far outweigh domestic policies. The domestic policies in place and asinine spending packages have only made America less competitive and have hurt the pockets of not only the American people but the global economy.

« The Youth Still Votes Blue
US Households Lost Over $7,400 Under Biden »