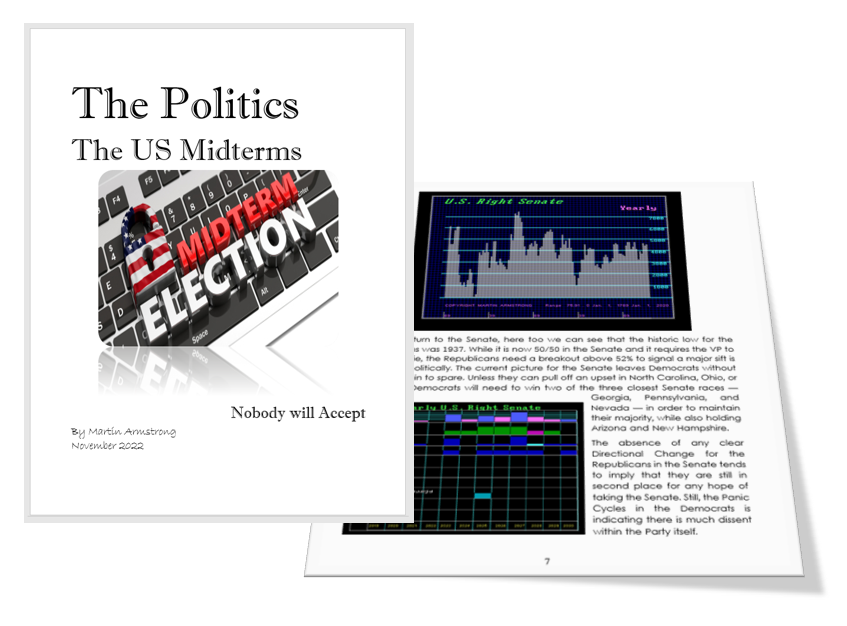 Back in 2020, we warned that the tension would build by 2022 and that we may start to see the end of Party Politics as great division unfolds between conservatives and Marxists in both the Democratic and the Republican parties. The nation is obviously deeply divided and every incident is characterized by being driven by hate such as the latest attack on Pelosi’s husband as the left is claiming as just one example. The attack on Elon Musk for buying Twitter and protests of advertisers who are clearly left-leaning. Extremes are coming from both sides. We are in the decline and fall of the United States and indeed, a nation divided cannot stand as Abraham Lincoln said. Those words are very accurate at this point in time.

In this report, we provide the forecasting arrays out for 12 years. We can see the turmoil that lies ahead and this is an objective view by the computer, not tainted by human bias one way or the other.

Those Attending the WEC – It is Included and in your Portal