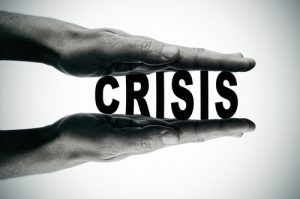 QUESTION: Dear Mr. Armstrong,
Thank you for your blog. It has taken the veil off my eyes.
As I understand, not only is the hypothesis that mankind can alter the Earth’s climate nonsense, it is also detrimental to the world’s economy. It misplaces important resources, and anti-CO2 regulations hinder growth and the betterment of mankind.
In Norway, where I write from, there is pure hysteria. Children are being brainwashed into fear. People are talking about “Norway’s climate policies” not being good enough, and such nonsense.
Although I understand that this helps governments grow stronger by allowing them to introduce new taxes and regulations, I also thought that the powers that be, the ones really calling the shots, prefer more economic growth and less regulation.
Why has not the climate hysteria been globally debunked yet? It wouldn’t take so long. Aren’t the financial and industrial powers that be powerful enough? Or do they also benefit from the anthropogenic climate hysteria? Could you please shed some light into this?
Thank you.
ROM

ANSWER: This has become the agenda of the left. They are using it to grab more power and justify class warfare. The media is on board. I asked someone I know in that political camp and he said: “Look, fear politics is best. You know that!”

My summation of dealing with governments most of my adult life, well, I have come away with a simple reality.

When I was young and naive, I believed that the government was really there to help. It soon became clear to me what really drives governments.

I can show with absolute proof, say 25 million people will die next month because of something. They will respond, perhaps you are wrong.

I have come to realize that politicians LOVE a crisis for that is when they can look impressive.

If I were to run for president and said, “Vote for me because I saved your job, home, and your life!” you would look at me and ask how I did such a thing? It is impossible to convince you that whatever I did saved everything that you had no idea was even in jeopardy.

It is far better to run for office with a crisis and then I can say, “Vote for me, I will go get the guy that caused you to lose your job, home, and your family!”

With every crisis, they form committees. Just look at the Russia nonsense. Even if they bought adds on Facebook, that will not win an election. If they released Hillary’s emails, then that was the truth. There was no allegation that anyone faked the emails. So they turned it into a crisis and have kept it going. There is nothing like a good crisis for politicians on both sides.

« How Was the Elite so Wrong with Trump?
Piketty is Back As Elizabeth Warren Adopts His Ideas »