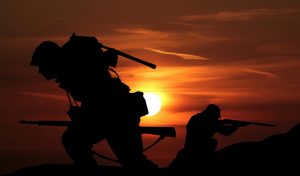 Romanian Defence [sic] Minister Vasile Dincu said during an interview that re-negotiating terms with Russia was the only way to end the war. He has been forced to resign due to these beliefs. Dincu took to Facebook to say he could no longer perform his job due to the “impossibility of cooperation with the Romanian president, the commander-in-chief of the armed forces.”

“I think my withdrawal from the post is necessary so as to not harm decisions and programs which require fluid command chains and to not block a series of projects which are absolutely necessary for … the ministry and the army,” Dincu continued.

Calls have been growing for foreign leaders to urge Zelensky to talk to Putin to end the growing conflict. The powers that be want war and have already decided our fate. Zelensky signed a decree at the beginning of October to ensure this is a forever war – at least between Ukraine and Russia. Zelensky said that he would never negotiate terms with Putin. “Therefore, we are ready for a dialog with Russia, but with another president of Russia,” Zelensky said. Putin, however, has been willing to speak with Zelensky. “We will either wait for the current president to change his position or wait for the next president to change his position in the interests of the Ukrainian people,” Kremlin spokesman Dmitry Peskov told reporters.

What Zelensky does not realize is that Putin is a middle-of-the-road guy. The men wishing to secure his place will not be as lenient, which is something my sources have confirmed. Putin has held off on pressure to secure the Donbas by any means necessary. Although that sounds absurd, Zelensky would have a better time negotiating with Putin because others in the Kremlin want more than the Donbas.

Foreign leaders must stop supplying Ukraine with endless funds and military aid to avoid a forever war. Without Western help, Ukraine would have fallen earlier in the year. Others nations, who have nothing to gain but everything to lose by helping Ukraine, should push away from this globalist agenda to propel the world into ruin.