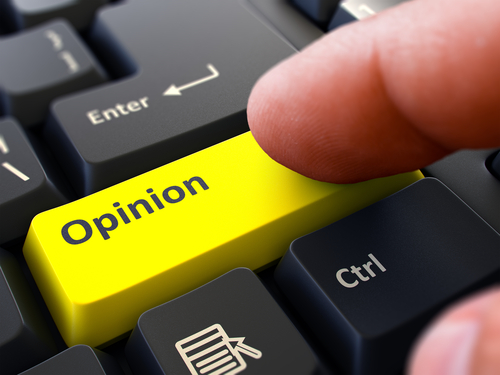 QUESTION: What is your opinion of Trump? Was he right or wrong? Should he be impeached or not?

ANSWER: My opinion does not matter. The politics will decide the direction of the markets and we have to look at the impact on capital flows objectively. That is why the forecasts from Socrates are far better than mine personally.  All we can do is look objectively at the facts. If we are looking at the legal standard of inciting violence, he is not guilty when you apply the test of the landmark judgment, the U.S. Supreme Court case Brandenburg v. Ohio, 395 U.S. 444 (1969). That is the case that set the legal standard in question. It overturned the conviction of Brandenburg who was a KKK member. It was held that speech that supports law-breaking or violence, in general, is protected by the First Amendment unless it directly encourages people to take unlawful action immediately. Trump never said to attack the Capitol. The impeachment is really a stretch and is obviously for political objectives for it would not meet that standard in a court of law.

That said, was Trump “right” in telling his followers to march to the Capitol? I would have to say that was reckless and it allowed this entire incident to be blamed on him. He thought if they were standing outside the Capitol that would support the people to object.

I said before, once the Supreme Court refused the Texas case, I did not see how Trump would prevail. I know there were all sorts of conspiracy theories about how Pence could simply overturn the election by himself. I disagreed with that and I did not see how Pence, a former Congressman, would dare to take such a position. Therefore, I do not see where Trump’s call to march on the Capitol would have been effective even if they did not storm into the building. That is my “opinion” which does not really carry any more weight than anyone else.

Turning to Impeachment, it is a political process and it is limited to removing someone from office. There is a serious question that would probably warrant a Supreme Court decision if they attempt to hold a trial in the Senate. Once Trump leaves office, he is a private citizen who cannot be put on trial in the Senate. Perhaps the only precedent we can look at to avoid partisan opinions is the case of Senator William Blount who was an original Founder representing North Carolina at the 1787 convention.

By 1797, Blount acquired land west of the Mississippi on credit and was in significant debt. Blount became involved in a plan for Native Americans and frontiersmen to attack parts of present-day Missouri and Louisiana, which would ultimately then be transferred to Great Britain. A letter incriminating Blount fell into the hands of Secretary of State Timothy Pickering and it was sent to Congress resulting in Blount becoming the first federal government official subject to the impeachment process.

The Constitution’s Article II, Section 4 reads that “the President, Vice President and all Civil Officers of the United States, shall be removed from Office on Impeachment for, and Conviction of, Treason, Bribery, or other high Crimes and Misdemeanors.” The Constitution assigns the consideration of charges to the House of Representatives, with the Senate conducting a trial if the House approves impeachment articles against a civil officer. Then on July 8th, 1787, the Senate voted to expel Blount from its membership which it has the power to do under Article I, Section 5, the Expulsion Clause,

Under Impeachment, the Senate faced two questions: First, was a senator considered a “civil officer” under the impeachment clause, and second, if he was, could a civil officer out of office face trial and conviction in the Senate?

Blount’s lawyer argued a senator was not a “civil officer” subject to impeachment, unlike the President and other officials. That seemed to be not really a compelling argument. His lawyer argued the second question if he was a civil officer, then could he escape impeachment through resignation? That also did not seem to fly and those suggesting that if Trump resigned he could escape impeachment may not be on solid ground. In theory, you could steal $1 billion and resign and not be subject to impeachment. Yet impeachment is not criminal and it is limited to removal from office – not imprisonment. However, his lawyer then argued that since the Senate had already expelled him, he was no longer a “civil officer” and thus could not be impeached by the Senate.

In the end, the Senate voted 14 to 11 on January 11th, 1799, to dismiss a motion that “William Blount was a civil officer of the United States within the meaning of the Constitution.” It then passed another resolution by a vote of 14–11: “The court is of opinion that the matter alleged in the plea of the defendant is sufficient in law to show that this court ought not to hold jurisdiction of the said impeachment, and that the said impeachment is dismissed.”

Given the fact that the Democrats have a majority of only 50.4% and Trump is more of a symbol of the anti-establishment movement rather than some movement he founded, an impeachment would only make him more of a martyr to his followers and would further divide the country. My concern is that impeaching Trump will only lead to an appeal to the Supreme Court and then the plain language would make it seem that Trump would win. He would no longer be President and since the Impeachment process is political rather than criminal, then it becomes debatable whether or not you can impeach someone who is no longer in office which was effectively the result of the Blount affair.

That all said, the Democrats and elite Republicans do not want Trump to run again in 2024. What may happen instead, is that Trump’s daughter runs and she would have a greater following if they tried to impeach Trump and rule he can never again hold office which would require a second vote. A lot of people just hate Trump and that would attach to any of his children. But unless we see some non-politician rise to the surface, we may enter a very crazy period. Most of the leading Democrats are in their 80s. They too may not be around for 2024. But history suggests that they often turn to the offspring/family – just look at Trudeau in Canada, Teddy & Franklin Roosevelt, Bobby, and Jack Kennedy, etc.