No – This is Not the Last Daylight Saving Time 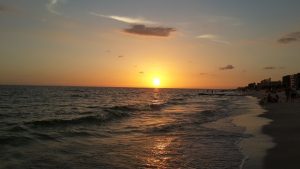 There seems to be some confusion as people cheer that November 6 will be the last annual end to Daylight Saving Time (DST). The proposal to stop altering the clocks passed in the Senate last year. However, the bill died in the Democrat-controlled House and has not been discussed since.

The tradition of changing the clocks back and forth began in 1918 in a failed attempt to conserve energy by limiting daylight hours. The US Senate unanimously voted for the Sunshine Protection Act to preserve DST. Had the House of Representatives done their part, time would remain consistent throughout the year beginning in November 2023.

Rep. Frank Pallone Jr. (D-NJ) said that the measure was simply not a top priority for House Democrats. The proposal was popular and well understood by the general public so House members pretended to be in favor of passing legislation. Even Pelosi chimed in that she supported making DST permanent. To complicate measures, lawmakers do not know if they should make daylight saving or standard time permanent. “We continue to try to come up with a consensus but so far, it’s eluded us,” Pallone said.

Nixon attempted to make DST permanent for two years in 1974 to help with a gas shortage. Ford nixed that legislation nine months later.

Perhaps they should allow WE THE PEOPLE the opportunity to vote. This is another example of how much control politicians have over our lives right down to the time.