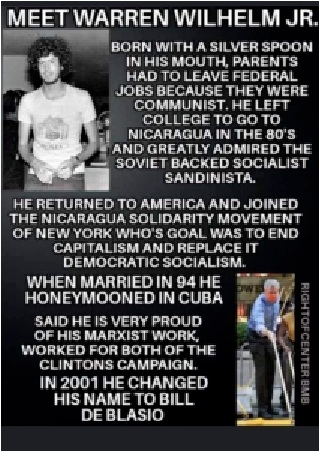 Many people have asked if it is true that New York’s Bill de Blasio went to Nicaragua and is a Socialist who wants to end capitalism. Yes! He was born Warren Wilhelm Jr.; he changed his name to Warren de Blasio-Wilhelm in 1983, and then he changed it again to Bill de Blasio in 2001, taking his mother’s maiden name. He is a die-hard Socialist through and through. He has believed in a Democratic form of socialism.

« Facebook Calls for the Break-Up of US Government
Can Trump Postpone the Election? Maybe He Can! »