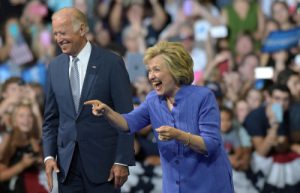 QUESTION: Didn’t Hillary get her brother a mining contract after giving relief to Haiti?

ANSWER: Yes. This is what I mean. In the real world we live in, you go to prison for a long time if you do a deal in the private sector where a family member receives some benefit. Hillary’s brother, Tony Rodham, had absolutely no experience in the mining industry whatsoever. He was notorious for nepotism and used his Clinton connections in questionable business ventures ranging from mining to electric cars to importing hazelnuts. If I agreed to manage the money for Haiti, but told the other party they had to give a mining contract to a family member, I would go to prison for a long time.

This is a standard operational procedure. Biden’s son getting a job to run a Ukrainian energy company was the typical quid-pro-quo. The practice of getting their family lucrative jobs and deals is rampant in American politics. This is part of the corruption to the core as anyone else would go to prison.

There have been studies on nepotism and the hiring decisions of Italian firms. This is a worldwide problem. Even the Bangkok Press wrote about the same problems in Thailand.

I find this latest attempt to flip this into an impeachment action against Trump without addressing HOW Biden’s son got such a job when his father was VP is the ultimate corruption.