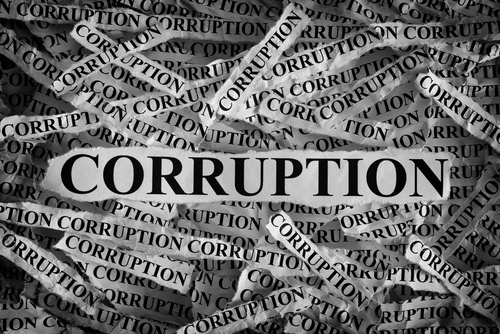 COMMENT: Hi Marty,’
Read the post about Texas and it’s near and dear to my heart because I live in a Dallas suburb. I have followed the Agenda for over a decade as our city has paid dues and participated in the formation of the non-profit NGO’s, one being the NTx COG (Council of governments). Our city council funded the $400k loan guarantee to set up operations years ago Also, our city manager is the treasurer of the North Texas Commission which is a regional chamber of commerce. I could go on and on about the devious actions thru the local chamber. I know for a fact the Dallas county commissioner Clay Jenkins got his marching orders for lockdown and masks via some in the NTC. He tried to circumvent the commissioner’s court and hire his former campaign manager, former office manager, and one other buddy as a compensated “task force” at a rate of $76k each. The court voted down that nonsense. It is definitely a political war here.
We have been stunned over Abbott’s about-turn in constitutional law. And one time he was the AG and sued Sony for spyware, and won, yet he is all in on the federal funding for contact tracing. He accepted the bid from an obscure small company to implement contract tracing. a neighboring county commissioners court put out the “new” guidelines from the CDC to the Dept of Health. I was stunned at the 17 scenarios to qualify as a “possible” case and added to the tested cases to garner a rise in cases. Friends have been joking that there must be a secret contest going on with the 17 COG’s in the state to see who can BS and win. Win what? Money! We were joking, but I’m beginning to think it just might be true. I was shocked to see Pence standing behind Abbott, wearing a mask, as Abbott gave his attempt at a heartfelt speech for masks again. Pence has not publicly worn a mask that I have seen. But this was shocking! And it’s been on my mind since.
Also, Abbott put together a CV task force in March which has included Richard Fisher! Former Dallas Fed chair. I am hearing that there has not been one meeting of the task force in this, but a few conferences calls with a select few.
They are claiming one section of the statute for a natural disaster as the need for Abbott to issue the governor’s order declaring a disaster. Hard to call this a natural disaster, but the statute has a couple of caveats. First, after calling this disaster he has 7 days to convene an emergency session of the Lege. He has yet to do that. Second, he can only declare for 30 days by GO. He seems to think he can carry this on indefinitely without the Lege. This last order has penalties that are completely out of his authority.
The perk in this fraud must be some really BIG money!
Texas may not be on the “safe list” unless we get some other local politicians to develop a backbone.
Regards, I truly appreciate what you have taught me in piecing this big puzzle together. We are still hoping Orlando makes!

REPLY: This is all about socialism collapsing. We have reached the end of perpetual borrowing. Central Banks have tried without success to control the economy. The Fed has been buying corporate bonds trying desperately to prevent rates from rising – not to stimulate the economy! Central Banks can buy government paper, but that doe4s not impact the real market in the private sector for interest rates. We have two drastically different markets and this is why the Fed is trying to prevent private rates from rising but they will fail.

We have entered a period where rates are being impacted by CREDIT RISK. This is putting pressure on state and local governments who rely 100% on borrowing. This idea of DEFUNDING police runs deeper than most suspect. They can no longer afford the pensions. Some of the hidden discussions behind the curtain which are whispers among my sources are how to use the riots as the excuse to defund pensions.

There is a race going on, but it is the entire political system that is crumbling at its foundation. I have warned many times, politicians being career animals, will NEVER vote in favor of the people against themselves. This is why EVERY Republic throughout history turns into an oligarchy which then ends in total collapse or civil war. Even the markets are STARTING TO WARN OF CYCLE INVERSIONS. This is not good and 2021-2022 is going to be a nightmare. I really hate to see what the computer is projecting. But it’s my job to reveal its forecasts.

As I have said, nobody can predict the future from a gut perspective that is consistent and not just pot-luck. We are dealing with patterns that appear more or less only in 300-year intervals. This was the entire purpose of reconstructing the world monetary system. We all knew that Rome fell. The question was – how fast did it happen. That collapse took just 8.6 years. That was stunning and really impressed me with respect to the future.

We will get through this. I will do my best to try to stay on top of this insanity.

« Democrats Admit Killing the Economy is Key to Overthrow Trump?
The Hawks are Out for Trumps’ Blood »