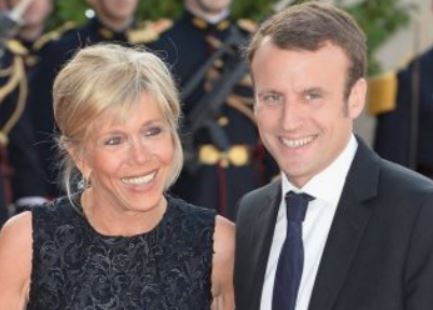 Le Pen conceded but will lead her Party in the Parliamentary elections next month. Macron paid a token gesture saying he understands the anger of 35% of the people who voted for Le Pen. Nevertheless, while the mainstream parties collapsed in France warning that the entire population really voted against the establishment, the sad part comes when the French people wake up and realize that Macron will not save France and if anything, Brussels will now move aggressively to lock-down Europe to prevent another BREXIT. Brussels, based upon reliable sources, will seek to secure their own survival and move to federalize Europe to protect their own jobs.

To those who has asked if I would consult with Macron’s government, let me put it mildly. First, he will never call me and two, it would be a huge waste of time. This simply has to play out now. Brussels will NEVER reform or ask if there is something they are doing wrong. Europe will have to crash and burn politically before change will ever come.

The computer was correct back in 2015 when it projected Le Pen would beat both the Socialist and Conservatives. Now the second part of that forecast was just set in motion. There will be no reform for Europe so we are looking at a very hard landing.

« Obama Tells French to Vote for Macron Proving He is Establishment Doing What He Accused Putin of Supporting Le Pen and Trump
The French Elections – What Now? »