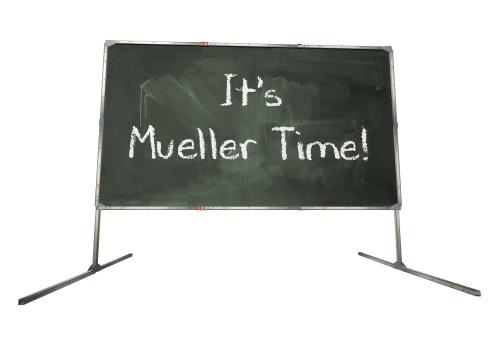 Now ex-British spy, Christopher Steele, who created the Trump-Russia dossier for Hillary, described some of the steps he took to verify the information he collected. He admitted he took material from an anonymous CNN website for public comments, iReport, which no longer operates. He claims he did not know it was not reliable and just gossip because he assumed it was under the CNN banner.

A new USA TODAY/Suffolk University Poll finds that trust in Mueller has eroded and half of Americans agree with President Donald Trump’s contention that he has been the victim of a “witch hunt.” The fall out does not fare well for the Democrats who have been pushing this agenda to win the White House in 2020.

The hopes of blasting Trump with this report have been fading quickly behind the curtain. That does not mean that the Democrats will not try to raise the issue out of desperation. Nevertheless, what lies on the horizon is very much the riots we have witnessed outside the USA with the rise of the Yellow Vest movement.

In the United States, we will begin to see civil unrest rise for the election cycle. However, the world economy is in serious trouble for the central banks of both Japan and Europe have no ability to even do anything for the economy. China, on the other hand, has rejected any Quantitative Easing as they have witnessed the complete failure of the ECB, which has not just destroyed the European bond market, but it has turned the people of Europe into collateral damage.