It’s Confirmed – Trump was Spied On During Transition 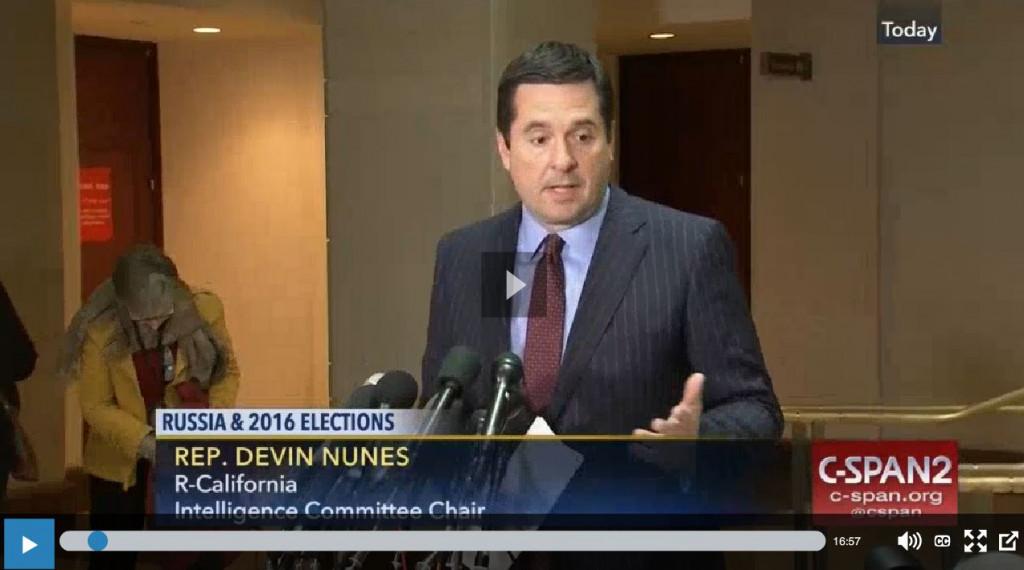 This is a press conference in its entirety from the committee investigating everything. Yes, there was no “wiretap” of Trump Tower. As I reported previously, that is old-school. So while the New York Times and the Washington Post are desperate to cover everything up and focus only on that single word to claim Trump has no proof,  behind the curtain everyone knows that Trump was spied on because that’s just what is going on. The same as the NSA has all the emails Hillary erased and every phone call. Nobody in Congress dared to subpoena the NSA for that info because it would set a precedent that would one day come back and bite them.

What is going on is the committee “invited” people with information within government to come clean and present info directly to the committee. To the shock of everyone, that is happening. So people do not want to go down with the ship and they will give up others who have been leaking info to the New York Times and the Washington Post, which have been the two mouthpieces for the Democrats and the anti-Trump movement. This will get much more interesting as we move forward.

Keep in mind that more confidence in government is undermined, including the mainstream media, the more likely we will see the bonds collapse of all governments and private sectors rise. Politics is the driving force in this cycle. The New York Times was founded September 18th, 1851. Cyclically, the New York Time will be in trouble economically starting in 2023. Its abandonment of reporting the news and trying to create news, as is the Washington Post and CNN, ABC and NBC, will result in a serious economic decline for mainstream media. CNN may be entering a serious crisis reflection point. It was founded in 1980 and 2017/2018 is a serious turning point for CNN. Best to avoid shares in these entities going forward.

« Why Obamacare is the Biggest Fraud in American History & Was Designed to Be Exactly That!
Gowdy Interrogates Comey »