Is A Cover Up over Clinton’s 2000 Interference in Russia’s elections still Going On? 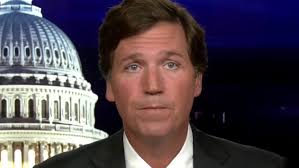 QUESTION: Marty; You said that not even Fox News will report the story that the US interfered in the 2000 Russian election. Do you have any idea why?

ANSWER: No not really. Perhaps it would admit things that the US government does not want to admit that even under the Clinton Administration which let the bankers do whatever they wanted from exempting student loans from bankruptcy to repealing Glass Stegall which enabled the bankers to sell the mortgaged back security time bombs. I do not know. The movie Forecaster has been banned in the USA. Netflix wanted it but then the last minute the board said no. They seem to have gotten a phone call. Amazon will stream it but only outside the USA. Why?

Here is Hillary still now in 2020 claiming the Russians interfered conspiring with Trump when that has been totally rejected as unsupported and the entire Steele dossier was paid for by Hillary. She then erased all her emails. A Trump victory means the Democrats will still claim only because of Russia’s interference when it was the Clintons who allowed the bankers to blackmail Yeltsin, forced him to step down, but he turned to Putin instead of their plant. Look at Bill’s facial expression. He trashed her book and that became public. Hillary will never admit people did not trust her. In her mind, it was Putin BECAUSE she stood by while the bankers tried to take over all the resources of Russia – gold, diamonds, and oil.

Safra, head of Republic National Bank bought by HSBC, was assassinated by Russians (see Vanity Fair). But they tried to cover that up blaming his nurse, who was then released simply saying he never received a fair trial. The guy the bankers were trying to install as president was Berezovsky, who fled to Britain but later hanged himself.

So, I have no idea why Fox News will not report this issue, especially when the Democrats are already claiming Trump can’t win without Russian interference. I do not know. It seems there is a coverup still in play.