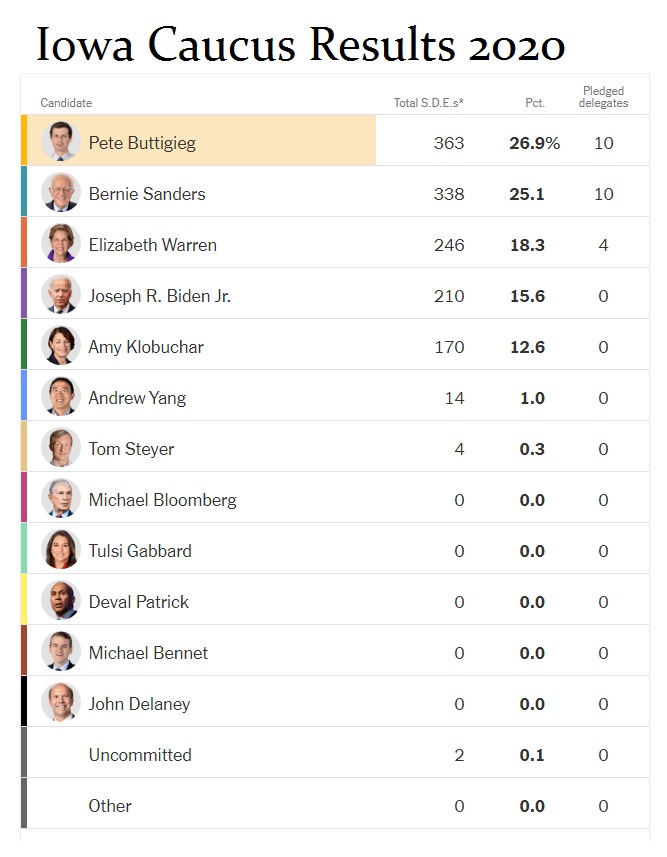 The two big winners among the Democrats were Bernie Sanders and Pete Buttigieg. Sanders drew heavy support from nearly half of 17-29-year-olds (48 percent) who participated. The under-30 voters accounted for 24% of caucus turnout, which was up from 18% back in 2016. Sanders also captured 33% of the 30 to 44 age group. He does not have support in the over 45 age group as that drops to about 8%. The one thing you can say about Bernie is that he believes what he says. Elizabeth Warren just does not seem to really believe what she says also because she is not poor by any means.

Buttigieg’s support was more really much broader for it spanned across various segments of the Democratic base. Buttigieg gathered 24% among those ages 45 and older but won only 19% support among those under 30.

Look at the voting patterns, this does not shape up well for Hillary if she were in the running. Perhaps that is the real strategy – she is looking to be drafted. Michael Bloomberg is regarded as a modern Napoleon by many and Biden really has too many skeletons in the closet.

« Has Pelosi Ensured the Breakup of the Democratic Party?
Let the Political Games Begin – Battle to the Death »