I previously warned that the Democrats were considering a second Impeachment. The Democrats cannot defeat Trump in a fair election. They have sought to effectively stage a coup and Adam B. Schiff, California Democrat is launching an investigation of President Trump and his entire family as well as his businesses. The new theory is he must be guilty of money laundering and maybe bribery. Obviously, they are desperately trying to prevent a loss in 2020.

Meanwhile, in the Senate, there is a consideration that they will investigate the Democrats who launched the impeachment 1.0, to begin with. The fact the Impeachment was actually served on Trump and he had to respond on Saturday in writing the very day of the ECM turning point, appears to mark the decline and fall of the United States. The Impeachment powers have been completely abused and the Founding Fathers NEVER intended that a president should be impeached for any crime that did not have anything to do with his direct office. 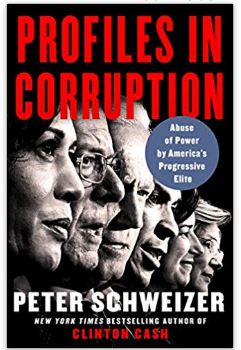 To even allege that Trump should be investigated for having any business benefit because he is President flies in the face of the conduct of every politician not to mention Pelosi, Biden, and of course, Hillary Clinton (see Profiles in Corruption). The Democrats have refused to accept Trump as president from DAY ONE, and this posture has been so destructive to the nation as a whole, that our forecast for the 2020 election being violent and insane is probably going down as one of our major political forecasts along with BREXIT and the Trump election in 2016. This is by NO MEANS, something I would like to see and nothing to brag about.

As we move toward 2032, there is just no going back. What the Democrats have done is more than tearing up Trump’s speech, this is an outright political coup to overthrow our democratic form of government. The resentment will be so intense that this political decision will be the end of government as we know it. This has become a reality show with deadly consequences.

Perhaps now all the Doubting Thomas people who think the government is in control and the business cycle is dead, will wake up and realize the one thing you should NOT have in a portfolio is government debt as we cascade into 2032.