Hollande Bows Out in France – He Will Not Run 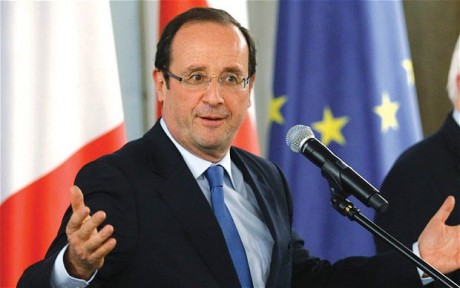 Well the emails are pouring in already since our post on the upcoming French elections where our model was showing that “Clearly, the socialists are finished.” We further stated: “They made a two election come back, but that was just a reaction reaching 51.63% compared to their peak at 51.76% in 1981. This suggests they will possibly be out of the final run or this will be their very last time. The 2017 election may simply be Conservatives v FN in 2017.” We warned that our model was shaping up to be a confrontation between the Conservative candidate Francois Fillon and the FN candidate Marine Le Pen.

In what is being called a shocking surprise announcement, President Francois Hollande of France on Thursday said he would not seek a second term next year. He is so unpopular, he is stepping aside in hopes that this will resurrect the Socialist party’s chances. This is the very first time since France’s fifth Republic was created in 1958 that an incumbent president will not seek a second term.

Our computer simply looks not at opinion polls, but at the market performance and the economy. This is three for three so far. It seems to be on a roll with its political forecasting. We have the Netherlands and Germany in addition to the Italian referendum. This is a global trend rejecting politics as we have known it.