Hillary Refuses to Support Bernie & Dark Secrets of the Past

COMMENT: Marty, your writings are always ahead of the curve and your sources are amazing. Just read today Hillary gave an interview and she is obviously trying to stay in the mix. She came out and said about Bernie Sanders: ”He was in Congress for years. He had one senator support him. Nobody likes him, nobody wants to work with him, he got nothing done. He was a career politician. It’s all just baloney and I feel so bad that people got sucked into it.”

REPLY: She wants to be the first woman president and that has always been her goal. It was the reason she married Bill. All my sources have always made it very clear she has been the driving force behind Bill. She has tolerated his countless women because she is really a lesbian and it has been all about power. Some younger women hate her. They call her a “feminine nazi” who has hated men. It was Madeline Albright who had the audacity to say there was a “special place in hell” for women who don’t support Hillary Clinton. She expects women to vote for her just because she is a woman regardless of her political positions.

I have known women politicians like Maggie Thatcher. NEVER was there any emphasis that she was qualified because she was a woman. It was always about the issues – NEVER about gender. Hillary has NEVER gotten beyond the ’60s. She relives it every day in her world. She has been mad as hell because she was not born a man. It is well known that Bill Clinton lives in New York and Hilliary Clinton lives in DC where they collectively own separate residences. Now they only appear together in official capacities because the Clinton’s have a political partnership, not a marriage. Gennifer Flowers revealed in an interview that would ONLY be published in London, that she and Bill would have been together now if it wasn’t for Chelsea. She reported that Bill confided in her that Hillary was bisexual. 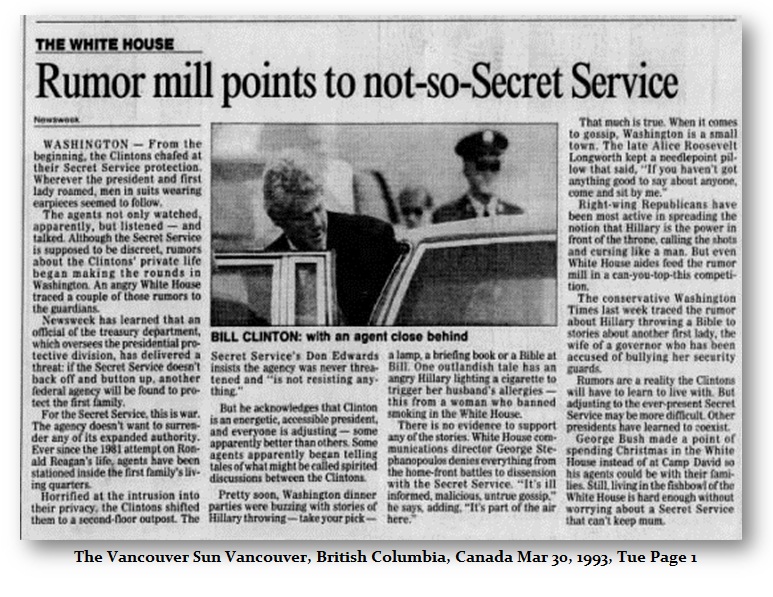 The interesting aspect is that these stories would make the print, but typically OUTSIDE the USA – not within.

« Will Adam Schiff Lose in 2020? Will He be Compelled to Testify?
Hillary Says She “Feels” the Urge to Run Against Trump Again »