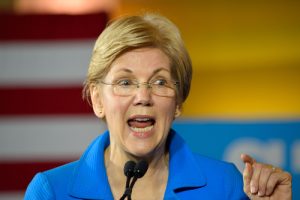 QUESTION: Mr. Armstrong, Elizabeth Warren’s proposal seems to lack any comprehension of the economic impact. She has said: “To put our economy — and our families — on firmer ground, it is essential to reduce household debt both by raising people’s wages and by bringing down their costs. That is the heart of her economic agenda. We can raise incomes by increasing the minimum wage to $15 an hour, strengthening unions, ensuring that women of color get the wages they deserve, and empowering workers to elect at least 40% of board members at big American corporations.” Correct me if I am wrong, but hasn’t this QE been all about getting people to borrow and spend more? Then she wants unions to run the corporations. When that was the case before everything declined as you pointed out New York was once a major port but unions destroyed that. What is your opinion of these proposals? 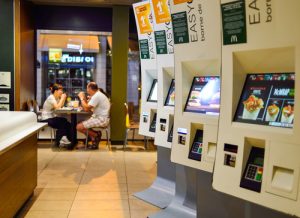 ANSWER: They are counterproductive. All we hear is raise wages. Why not cut taxes and increase disposable income? The minimum wage has to be reviewed for what it is. Raise it and you will destroy the entry-level jobs that kids fill to get started in life. How about we divide it and make it a “student” or “entry-level” job versus a mature minimum wage? Raise it to $15 and there go the entry-level jobs. There should be two minimum wages – entry level v position. Raise it to $15 and you no longer need a person to take your order. A machine can do it. Entry level jobs are being wiped out because of BENEFITS required so replace a simple job with a machine. The problem is not the wage by itself. The problem is all the regulation with respect to benefits and healthcare. Even the US Post Office hires part-time to avoid benefits.

You are correct that QE and negative interest rates were to force people to borrow and spend. Warren is of course on board with these proposals. What she should look at is restoring usury laws that interest rates on credit cards should be no more than 2x the wholesale bank rate. The poor are hit with high rates. There are homeless people living in old motels paying $50-$75 a day because they have no credit and cannot afford a down-payment for an apartment. They are being exploited by the current system and if we raise the minimum wage we will encourage technology to replace workers. How about we eliminate payroll taxes below $31,200 ($15 an hour) and no benefit requirements. They are either on their parents healthcare thanks to Obamacare up to 26, or they should be on medicaid and that will provide the “healthcare for all” promises.

As far as workers directing boards by 40%, well that is just stupid. If they want a say — buy the stock. This is all about OWNERSHIP, not union labor. Why would people buy stock if the workers make the decisions which will be in their own self-interest? If you say workers get a favored position in buying stock and therefore have a vested interest in the company doing well, then the workers and investors will be on the same side of the table.

This is what politics has come down to. Vote for me and I will create insane laws for you against everyone else.